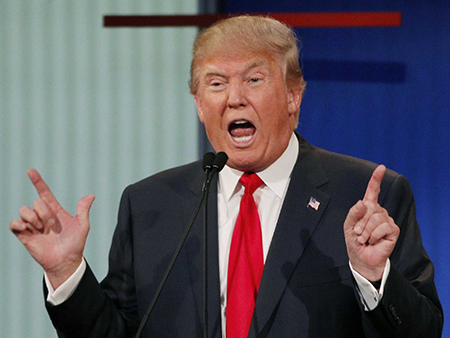 Trump has made several promises during the campaign that he now openly says he won’t keep – like prosecuting his Democratic opponent Hillary Clinton for her email scandal.

In fact, an earlier UtahPolicy poll found that most Utahns don’t expect Trump to go through will building a wall along the U.S./Mexican border.

But when Dan Jones & Associates asked in a new survey if Trump should go forward with his “plan to deport undocumented immigrants with criminal records,” 75 percent said they “strongly” or “somewhat” support that action.

Only 22 percent oppose such a move.

Trump often commented in his campaign about the criminal Mexicans and other illegal immigrants who are preying on Americans, even introducing the mother of one such alleged victim at rallies.

And getting tough on illegal aliens who have been criminals is still welcomed by most here.

Utah Mormons have been critical of Trump’s idea of banning all Muslims from entering the U.S. for a period.

But Utah “very active” Mormons are with Trump on this one; they favor deportation of illegal aliens with criminal records, 81-17 percent.

Many undocumented immigrants with criminal records may, in fact, be Catholics.

And Utah Catholics are more sympathetic to their troubles. Jones finds that 63 percent of Utah Catholics believe illegal aliens with criminal records should be deported, 33 percent oppose, and 5 percent don’t know.