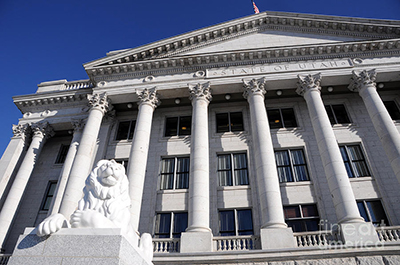 Support for an income tax hike to fund local schools has dropped in recent months, a new UtahPolicy poll shows.

But more than half of all Utahns still favor such a tax hike, as publicity over a citizen initiative petition spreads.

The new survey by Dan Jones & Associates finds that 55 percent of all Utahns say they would vote to raise their own state income tax rate from 5 percent to 5.875 percent, or an increase of 7/8th of 1 percent.

Thirty-nine percent said they “probably” or “definitely” would oppose such a vote, and 6 percent didn’t know.

Jones’ poll was conducted in mid-December.

Back in October, before the Our Schools Now petition movement became generally discussed by the Utah media and officeholders, Jones found that 66 percent supported the tax hike for schools, while 29 percent opposed it.

That is an 11-percentage point drop in support over the last several months, no doubt in part because GOP Gov. Gary Herbert and Republican legislative leaders have come out against the citizen initiative petition.

Our Schools Now organizers say if the governor and Legislature won’t make a significant increase in public school funding, they will go ahead with plans to gather the about-120,000 voter signatures and put the matter before citizens in the 2018 general election.

In his new survey, Jones also finds that 53 percent of Utahns would sign such a petition to get the tax hike on the ballot, while 41 percent said they would not.

Jones finds a real statistical difference between support for the tax hike among men and women – usually in Utah polling gender doesn’t play much of a role in the responses.

In the December survey, only 46 percent of men support the public school tax hike, while 63 percent of women do.

There remains a large partisan divide:

While overall there is about a 10-percentage-point drop in support over the past several months among the various demographic groups, some groups’ retreat has been considerably more. For example:

Historically, Utah women have more to do with the raising of children and their education than do men.

Still, the differences on this subject between men and women is striking.

Utah is known for large, Mormon families, with a number of children who are educated in public schools.

Among those who said they have no religion, 69 percent support and 26 percent oppose.

OSN is headed by some pretty politically savvy folks, like Nolan Karras, a former GOP speaker of the Utah House and a finalist in the 2004 Republican Party gubernatorial primary.

In an interview with UtahPolicy Managing Editor Bryan Schott, Karras says his group is not fighting against anyone, nor any institution – like the Legislature he once led.

But, pointing to a new Utah Foundation study, Karras says while public schools have gotten more money recently, over the last 19 years the “effort” by Utah taxpayers (as measured as the taxes paid toward education) has decreased.

And, in fact, today schools are receiving $1.2 billion a year LESS a year than they would be getting if any number of tax and spending changes had not been made by state leaders.

But they say now is not the time for the $750 million annual increase OSN would bring; that there are other state taxes that could be “reformed” to bring in more money for schools; and such a tax hike could harm Utah’s thriving economy.

Some GOP lawmakers want to create a special school funding task force, which would examine K-12 spending for two years.

Legislators start their annual 45-day general session Monday, and education funding and the OSN petition will certainly be part of the discussions.