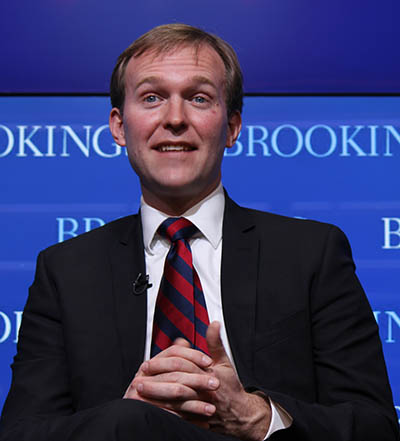 Our “Political Insiders” say Salt Lake County Mayor Ben McAdams has been damaged politically by the fight over where to put a new homeless resource center.

McAdams chose a site on the west side of South Salt Lake for the new facility last month. That decision followed angry outbursts from residents in West Valley City, South Salt Lake and Draper over the proposed sites.

McAdams’ decision came after Salt Lake City Mayor Jackie Biskupski took heat for the decision to put four new sites in the city. That was later pared down to two locations, with the other two being slated for Salt Lake County at large.

The Democrats and Republicans on our panel say McAdams will take a political toll on him.

– 59% of Republicans say the process has hurt McAdams politically.
– 63% of the Democrats who responded say McAdams’ political fortunes have suffered.

Curiously, 59% of our readers say McAdams has been helped by the process.

Something that has not been part of the core debate is why the shelter needs to move. Why create three shelters at great expense with fewer beds? Has the real estate become so valuable that ‘someone’ wants to develop the property for a more profitable use?

He has done some good things with this, but he has also lacked transparency in the process. I think this will hurt him more than help him, politically speaking.

It hurt, but it’s not terminal. It’s important for elected officials to take on tough issues. I applaud the mayor for doing that.

The UTGOP really did this well. They got the homeless away from powerful developers and sabotaged the only viable Democrat as a bonus.

Hurt slightly. The one who should take the biggest hit is Jackie Biskupski. She made a complete mess of this from the beginning and Ben had to step in and fix things. Voters should remember this when she runs for reelection.

It will hurt him in areas where the location of the Center was ultimately located but not sure to what extent. Conversely, in all other areas not potentially affected by the proposed sites, it shouldn’t have any impact on those voters. Unless the issue is in your backyard and affects you personally, voters use other issues to decide their vote.

He’s fine. Especially with the media, Mayor M is Teflon-coated.

Mayor McAdams did what leaders are supposed to do: he made a tough decision that will be better for the larger community and homeless people. It’s not always easy to do the right thing. But ultimately people appreciate a decisive decision maker who does what is right, even if it’s hard.

He handled it as well as anyone could. He is still the Democrats best….and only….hope for the future.

His lack of candor about the three houses he owns near the nixed Sugarhouse site showed his true colors.

Mayor McAdams showed that he is more than just a people pleasing politician who is afraid of doing real work. We have a real issue with homelessness in our city, and he took it on. The fact that he knew that it probably wasn’t politically expedient for him to do so but still did it says a lot about him. That’s the kind of person I want to support.

It showed his kindness, openness, and ability to make difficult decisions. A buck stops here situation, and he did well.

South Salt Lake City voters are too small in number to hurt him. His cred just increased with everybody else.

Of course, it hurts him! On the other hand, it’s refreshing to see a politician taking a risk by actually taking a stand on a controversial issue that may upset some of his constituents. We need more like him.

He demonstrated that real leadership could and should be difficult. Not all choices are easy, and you’re certainly not going to please everyone all the time.

He totally mishandled the situation and showed he is not a true leader.

Mayor McAdams is a competent elected official (can’t say this about all our local leaders) who has worked tirelessly on this issue. His leadership, integrity, and courage deserve high praise in my book. I hope he runs for a higher office someday.

He may have hurt himself in So.Salt Lake but didn’t hurt himself in the rest of the county.His overall image as a problem solver should still hold him with a positive image at election time.

This will hurt his political career and people will remember for a very long time.

A good man, but failed to think through a process that was more transparent and open. Perhaps a sign of inexperience.

McAdams has come across as trying to be reasonable and willing to listen. He was in a totally no-win situation. As a Republican, I could see him as potential governor I would vote for.

While the short-term noise may seem highly damaging if the overall plan to decentralize homeless services works out McAdams will look like an intrepid leader. There is a long way to go, and many parts may not succeed. That could amount to the end of his days in office. Big points for wrestling with the challenge which most politicians never do.

Few follow the behind-the-scenes shenanigans of the legislature who foisted this decision on the most prominent elected Democrat in the state.

Politicians with the conviction to make hard and unpopular choices are such a rarity these days. My optimistic hope is that McAdams is, in the end, given credit for being the problem solver that he is.

South SL has the fewest residents, and Draper, an upper-middle-class city, didn’t have to get a Homeless Shelter. The wealthy burbs will be happy with him, and SSL will be upset, but they have no voting/ buying power.

Mayor McAdams has shown he has the courage to stand face-to-face with those who strongly disagree with his positions. Kudos for his courage – and for being willing to reach out to truly help the homeless. As for the 700 Draper residents…

My problem with the issue is that I feel when the Legislature put the time deadline on finding sites for the shelters, may have caused the city and county leaders to rush the decision-making. That is why the city and county citizens have reacted so hostilely. I don’t live in our capital city, but often unresolved problems in Salt Lake City spill over into adjacent counties as well.

Using tax dollars to build homeless shelters is not a government function. That is where charities come into play. If you build it, they will come from every other state. It makes the problem worse, not better.