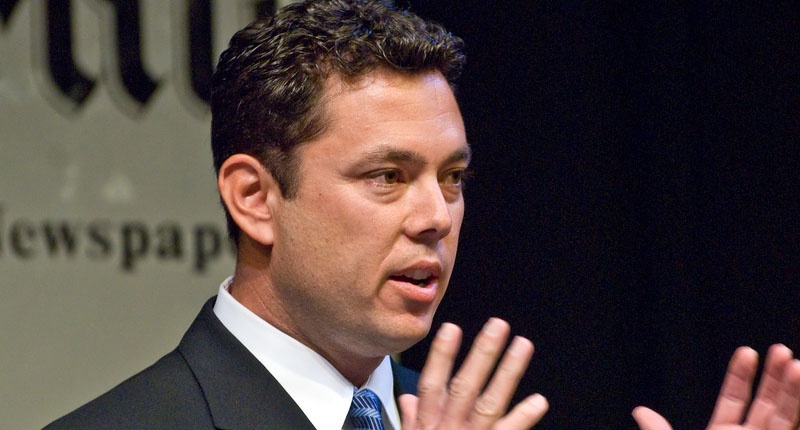 Rep. Jason Chaffetz has taken a political hit for his recent controversial statements according to a new UtahPolicy.com survey.

52% of Chaffetz’s constituents in the 3rd Congressional District view him favorably, which is a far cry from the 73.5% he got just last November in the 2016 election. The latest number is also a 14-point drop from a similar survey conducted last February.

Among the reasons Chaffetz has been at the center of some public outrage lately:

Chaffetz already is facing opposition in next year’s election. Republican Damien Kidd is launching a bid to beat Chaffetz for the GOP nomination. Democrat Kathryn Allen has raised more than $500,000 so far in her bid to oust Chaffetz. In fact, liberal darling Rosie O’Donnell donated to Allen, prompting Chaffetz to send out a fundraising email.

Additionally, a group of Washington, D.C. residents have formed a PAC to fund a challenger to Chaffetz. Chaffetz is responsible for reviewing Washington, D.C.’s laws as part of the Oversight Committee.

Despite the opposition, it may prove difficult to oust Chaffetz in 2018, but there is a danger lurking. While Republicans support Chaffetz, Democratic and independent voters have turned on him, which could prove problematic next year.

Chaffetz’s approval ratings statewide are a little bit worse than in the 3rd District. 49% view him unfavorably while 41% see him negatively.