Who could replace Jason Chaffetz in Congress? Our ‘Political Insiders’ weigh in 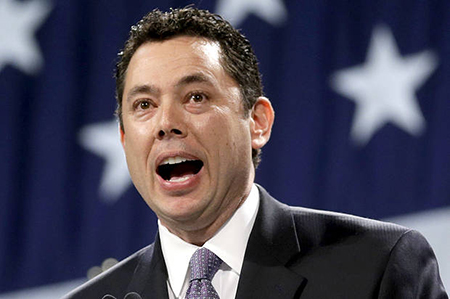 Rep. Jason Chaffetz shocked the political world last week when he announced he would not run for re-election in 2018. Then, one day later, he said he probably would step down from his seat before his term was up.

We asked our “Political Insiders” who they thought would step up to run for Chaffetz’s seat if he did indeed step down. The list was long and varied, including Republican Damian Kidd and Democrat Kathryn Allen, who have already announced they plan to run for the 3rd District seat in 2018.

Other names that our panel suggested (in no particular order):

Every current elected official in the district and a few yahoo’s as well with no experience but who are just looking for attention.

The number of Republican candidates will exceed 10. Dems will have 3-4 candidates.

I’m not sure who should step-up and run. But I know who shouldn’t. You don’t have room on your server for my list.

Any Republican will win, the qualifications do not matter. This state is gerrymandered to the point that a dog, a Republican dog, would win this seat or another seat in this state.

It’s a free-for-all. Expect several Republican “small wigs” to via for it in a loaded primary. Kathryn Allen with run Democrat. Without Chaffetz, it’s hard to say how well she’ll do now.

We also asked our panel who they thought was most likely to replace Chaffetz either in 2018 or in a special election if he steps down. Most of our respondents said either Republican Sen. Deidre Henderson, Provo Mayor John Curtis or Speaker Greg Hughes.