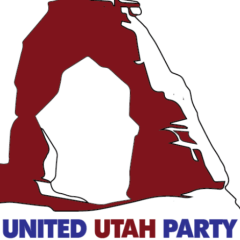 Our “Political Insiders” say they don’t expect the newly formed United Utah Party to have much of an impact in Utah politics.

The new party, which aims to attract centrist voters in Utah, hit a roadblock last week when their candidate for the special congressional election, Jim Bennett, was denied a spot on the ballot because the party has not yet been certified by the elections office. They have submitted the required 2,000 signatures to secure a place on the ballot, but that process is not yet complete.

A majority of those who responded to our question think the United Utah Party will either struggle to obtain success or they’ll be a “complete flop.”

Our readers are a little more optimistic about the UUP’s future. 40% expect them to be successful, while 60% say they’ll have a difficult time gaining traction.

This is nothing more than a rebrand of the failing Utah Democratic Party. This will just further divide them and make them even less relevant in elections (if that is possible). This energy should have been put into making the Democratic Party more effective and more appealing to Utahns.

I would be surprised if they even won a single state house seat unless one party stands aside and the other is caught in a live boy/dead girl situation.

It’s not going to be successful in any way shape or form as far as electing its members, but it may change the nature of the debate. It’s that lack of choices that limits the success of different political parties. It’s our system of elections. We will always be a two-party system in the U.S. because it’s a winner takes all elections system.

Political parties are a herd. Leaving to join a new party represents a level of independence that we should not expect from partisans.

It’s a great idea, and there are a lot of good moderates in Utah; however, it doesn’t seem like they have anything really to offer.

Been done before and failed before. Gonna need a bigger name to ride to success like a Huntsman or Romney. Bennett who?

I really, really, really want them to be successful! Really! But I don’t think they will be. It’s too hard to rise above the pull of party tradition, and our country is pretty much built to favor a two-party system.

Been there, done that. Rare, if ever, a third party gets any traction. Both current parties have serious problems, but a small Utah third party is going nowhere. Just ask the Libertarians, Constitutionalists, John Birchers, American, Independent and any other third party you can name in Utah for the last 50 years. Yawn!

Although I indicated only “somewhat successful,” I hope they will be “very successful.” We desperately need a home for the homeless!

Probably will do better than the Democratic Party has done in recent years. The Republican propaganda against the Dems has been believed &, for most Utah folks, can’t be shaken. I’m very seriously considering getting involved with the new party.

I like a lot of their announced positions but will need more information before deciding whether to jump ship and join them.

Absent known politicians defecting over, it’ll flop. There is no logical reason for a GOP politician to defect to this group.

How are the Libertarians, Green Party, and the Reform Party doing? Unless they can field a serious candidate, they aren’t going anywhere.

I suppose it depends on their ability to recruit candidates. If they have good candidates that can bring something to the table, and if the other parties move to the extreme, the third party could have some success.

Oh how I wish something like this would gain serious traction, but I just don’t see it happening. Thanks for trying!

It depends on whether or not they can recruit any qualified, desirable candidates to run on their ticket. If they can’t, they will fail miserably. It also depends on who the candidates are on the Republican and Democrat tickets. In other words, their success or failure is candidate-driven.

A look at voting history will show that “new parties” even the few that get some small following are only “successful” in taking the voters who care about some particular issue out of one of the major parties where they might have pushed an election in a direction they care about. If you pull the moderate voters out of the two major parties by definition that will leave the more extreme voters. (who I’m sure will be happy to see that there are fewer moderates that they have to come to terms with) So in the end, if the new party accomplishes anything, I imagine that it will be to undermine their stated objectives.

They will be less successful than the Utah Democratic Party and Utah Libertarian Party the past 10 years. How long can you stay mad at voters for saying “NO” to your dad in a primary when he broke his own term limit pledge? Anyone think Jim Bennett would be starting a new party if his dad was still in office?

I heard them on the radio. Their statements were bigly yawn-worthy.

Who are they? I haven’t even heard about this. Must not be well-organized.

After this last election and the continued polarization, I think people are ready for this and some rational thinking in politics instead of the ideological posturing we have now. It will take time for it to get traction and a lot of grassroots efforts. I agree with the concept but wish it was done on a national level rather than here in very conservative and religious bent Utah. Anything is better than the current polarized system.

After looking at their platform; they seem to be very similar on the issues as the Independent American and Constitution parties. Their platform seems too much more conservative than it is “centrist” or “moderate.” As such they really have no chance at being successful.

People fatigued at the far left and far right parties of today. It’s time for a change.

Both major political parties have been hijacked by the extremes. There are many Utahns who are tired of it. I am not certain these are the right people to lead this effort, but I think disenfranchised leaders may rally around the idea if they come up with legitimate, good candidates.

It is impossible to start a new party in one state or (in this case) one House district. United Utah may be able to pick up the Chaffetz seat in the special election, but only if their candidate promises to caucus with the Republicans in Washington. Utah voters will not vote to enlarge Nancy Pelosi’s caucus. And that means that the new party is not a new party at all, just a new label on moderate Republicans.

While well-intentioned, third parties rarely amount to more than a flash in the pan. Duverger’s Law, a theory of political science that suggests winner-take-all systems invariable gravitate to a two-party system, helps explain that. In short, most voters don’t want to “throw votes away” on a party that can’t win, and, while they may do so once as a kind of protest vote, invariably they gravitate back to one party or the other, even if they claim and even perceive themselves to be independent.

It would be interesting to see a centrist PAC or advocacy group, a la “No Labels” but local, supporting and endorsing moderate candidates from both/any party. But a *new* party? Pass.

Even though it would be nice to have an alternative party to look at, history will tell you that no 3rd party will succeed in Utah. They can only play the role of a spoiler without any chance of an elected office.

Utah citizens need a better reason to vote than they have now. I have voted all along, but I often feel as helpless as our citizenry that does not vote. Gerrymandering the heck out of the state and Machiavellian political tactics are leaving the electorate down and out. I hope that the United Utah Party will truly unite the voters of Utah.

The name “United Utah Party” does not excite me at all.

I would join, but the name needs some work before I think a lot of people would. Should talk to current congressional electees, they seem to be good at slapping extremely patriotic names on anything they want votes for.

I’d say this new party’s lifespan will be about a year and a half. I predict that they will cease to exist shortly after failing to make an impact in next year’s elections.

If not this year then next…the “people” are sick of not being heard and of the 2 party system pandering to the extremists in their prospective parties.

The only thing this will accomplish is to siphon independent votes that might otherwise go to Democrats and increase the Republican super majority.

Just Democrats by another name who still can’t win anything.

The problem is that the most politically moderate of the world are also the most apathetic and least active. While I hope this new party proves me wrong because I consider myself a fairly moderate conservative, I have no reason to believe it will show any electoral or policy success.

I don’t know. I think a lot of people, myself included would be interested in learning what the new party’s platform is and I can see myself voting for their candidate if they are in fact moderate. However, the biggest problem third parties have getting off the ground is that people worry that voting for that party candidate … even if they strongly prefer that candidate … is like “throwing their vote away” since they can’t win. So they will vote AGAINST the candidate they hate the most instead of the candidate they want to win. If they can get over that hurdle, it could be successful.

I am a moderate Republican, which in Utah makes me a Democrat to most people. I have felt disenfranchised for years because of the delegate system for nominating candidates and how that process has been hijacked by the far right. I do not support the Republican party as it currently operates. I want to be a charter member of the new party which I feel will represent the 60% of people in the middle who don’t like the extremism prevalent in both the Democrat and Republican parties.

The RINO legislature is already centrist. Why do we need another centrist party?

I think the two party system is too much engrained into our system to get a large enough group of people to leave both parties to support a third party. We either need to adopt a First-past-the-post voting system or a mixed member proportional system before I think we’ll see any meaningful power changes happen in the country.