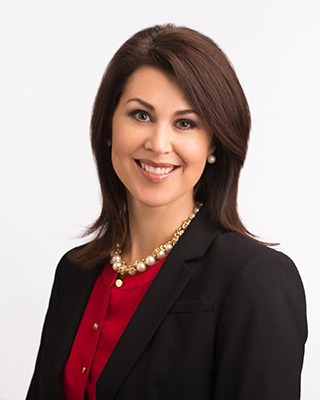 Our “Political Insiders” say Deidre Henderson is the person to beat at the GOP nominating convention for Utah’s 3rd District on June 17.

There are 13 Republicans vying for the nod from 3rd District delegates when they meet to vote at Timpview High School.

59% of those on our panel said Henderson is the favorite to win that vote. 50% of our readers also picked Henderson as the most likely to win.

Sen. Margaret Dayton and Provo Mayor John Curtis were tied for second among our “Political Insider” panel, each getting 16% of the vote. 32% of our readers picked Curtis as the winner, while only 6% of our readers said Dayton would win.

Curtis may have a problem getting through the convention because he is also gathering signatures to secure a spot on the primary ballot, something that delegates in the 3rd District may not be too happy with.

Former Utah Representative Chris Herrod got 3% of the vote from our “Political Insider” panel while 4% of our readers said he would win.

Mike Leavitt got votes from our panel and readers, but that was likely due to confusion. He has no connection to former Gov. Mike Leavitt and is not a serious candidate to win the vote. In fact, the only method of contact for him is the phone number he put on his candidate declaration form. That number has been disconnected.

Henderson has the best resume and probably the best ground game. She has a great history and can probably tap into Chaffetz resources to come out as the winner.

It will rapidly boil down to Henderson, Dayton, Daw, and Herrod. From there I think Henderson has the stronger organization. Herrod was the State Director for Ted Cruz, who took almost 70% of the vote. That gives him a strong opportunity among conservative delegates.

Signature candidates will be punished by delegates which hurts Curtis. Henderson has the strongest campaign team, but Margaret Dayton is very popular with a core group of supporters.

Mayor Curtis is dynamic and appealing to delegates. He will come out ahead of Deidre Henderson and Margaret Dayton who will be close behind.

Deidre will win at the convention and lose to Curtis in a primary if he can get the signatures he needs. I think she beats Ainge.

Keith Kuder…is this a joke?

It will definitely be someone who pledges to kiss Donald Trump’s regal sacred ring, fight tirelessly for extractive industries interests.

Dayton is a dark horse in the race. Watch out for her.

Deidre will win raw delegate nomination; John Curtis will still be on the ballot with signatures. John will be the superior candidates. I know Democrats who will vote for John, but not any of the others. He is the best of the bunch from both parties.

Don’t really know, but you can bet that he (and it will be ‘he’) will be obviously active LDS and will be far more conservative than most of the voters – even those in Utah County. And you can also assume that the candidate will completely ignore the Salt Lake County voters who were gerrymandered into his district.

Chaffetz is popular in his district. I think Henderson’s connection to him will work in her favor.

Utah County Republican delegates crave “red meat,” right-wing politics and no one can satiate them better than Dayton!

I think Henderson will win the delegate vote, but I think it will be a real horse race between her and John Curtis in the primary, with Curtis coming out victorious (assuming Curtis can gather the required signatures).

Members of the Utah Legislature think that they are more popular than they really are. We saw that a few years ago when a bunch of Utah Legislators resigned and ran for national office (that was a great day for Utah). The sad thing about this election, is the legislators who are running are not going to have to resign to run. They will still get beat, but unfortunately, we will still have them in office.

Diedre has the whole package, charisma, thoughtful policy chops, and campaign acumen. She will win.

Toss up. Too many competitors, not enough star power. This will be a jungle fight.

Deidre Henderson is by far the most qualified person in this race.

John Curtis will win the primary but won’t do well with the nutters at the convention.