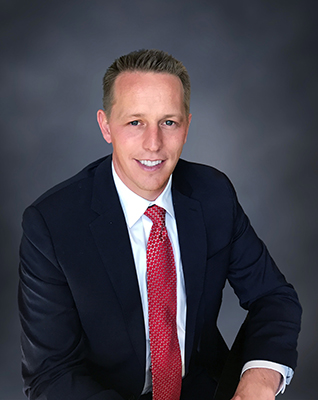 Tanner’s father, Danny Ainge, runs the Boston Celtics and signed Hayward, a free agent, away from the Jazz. Our “Political Insiders” and readers say Tanner will likely suffer at the ballot box in the August 15 GOP primary.

Ainge is one of three candidates vying for the GOP nomination in the special election to fill the vacancy in the 3rd District along with Provo Mayor John Curtis and former Utah Rep. Chris Herrod. The winner will face Democrat Kathy Allen and a handful of minor party candidates in November.

The perfect passive aggressive move Fits right in with Utah.

There will be some negative impact, but it’s hard to anticipate how much and whether the press Ainge gets actually helps name ID.

It will certainly impact a few votes. However, there isn’t any reliable data to point to a before and after difference. I’d hazard a guess that it would only be 2-3% if it could have been tracked.

Could a candidate have worse timing than Ainge? Ballots will hit mailboxes in 2-3 weeks.

Any press is good press — just boosts name ID. The NBA is a business, and the emotion will soon wear off.

Tanner Ainge will lose because no one knows who he is (besides his dad), he hasn’t been involved here, and there are better options.

Very little, if any. Anyone voting for either of the other two candidates are not voting basketball. The Tea Party could care less about the Celtics. And all the Democrat crossovers voting for Curtis prefer soccer.

May have some impact among die-hard Jazz fans–but not much impact on the vast majority of voters.

If it were to, I would lose complete faith in the electorate.

Is this a joke? Tanner Ainge never had a chance in this election at any point. Even if Gordon Hayward stayed and prayed every night to am an effigy of Tanner Ainge his chances would still be none and zero.

His candidacy was pretty fragile anyway, and this will not help him. He is relatively unknown, and any negative vibes will hurt him more than it would a better-known candidate.

If your entire political profile is based on your father’s career, then this is a devastating blow.

Voters wouldn’t decide based on something so unrelated if Tanner actually had any kind of experience or record to run on or had a distinctive platform rather than generic GOP boilerplate. Since the Hayward connection is the only thing voters will know about him and his campaign six weeks from now, and since it plays into the suggestion he’s just a carpetbagger, this will make a difference.

Because politics in Utah is just that far removed from reality.

He is a long shot, to begin with. But anybody that votes or doesn’t vote for someone because of the NBA doesn’t deserve to vote.

Those who are really into politics won’t care, but Ainge has zero support from them. Ainge support comes from basketball fans so – yes, this hurts Ainge.

I wouldn’t like to think so, except for the people for which sports have gone beyond mere entertainment to a real life-and-death struggle. If the latter is true, they may not have the critical thinking skills to do anything more in a general election to vote straight party anyway, much less negotiating a primary ballot.

Voters will punish him because it supports the narrative that Tanner doesn’t represent Utah. He just moved here in November.

It’s unfortunate, but Utah voters seem to care more about who is playing for the Utah Jazz than who represents them in Congress.

Ainge will lose nonetheless, but Hayward leaving won’t be a significant reason.

He’s a terrible candidate anyways. But this hurts.

I don’t think it is that big of a deal, but most people know nothing about Ainge’s politics. Therefore, if they are undecided, this could sway them to “get even” with Ainge Senior and the Celtics for stealing Hayward.

Unfortunately, Utah voters are reactionary and emotional. Voting is a visceral reaction instead of the result of a thought process. So, yes this will affect Ainge’s campaign even though he had no influence over the situation.

Ainge just moved to Utah in November and hadn’t voted here. All he had going for his was his father’s last name and his father’s money. Now those are considered liabilities.

It’s naive to think he won’t lose some votes over the issue. Probably not many, but if it turns out (unlikely) to be a tight primary, it could be a factor. If any candidate wins by more than 5 points, then the Hayward issue is irrelevant.

Yes, it hurts. It is ironic that Tanner wants to run on his daddy’s name until of course, his daddy does something to screw the state of Utah. Seriously, the kid hasn’t lived in Utah for a full year, and his daddy’s name is all he has. That is what I call karma!

Puh-lease…The biggest issue is Who is Tanner Ainge?

The timing of the loss of Gordon Hayward could not be worse regarding the election. Jazz fans will still be emotionally involved in the loss and unsure how the Jazz team will be without Hayward at the time they receive their ballot in two weeks.

Yes, but he didn’t have much of a chance to begin with.