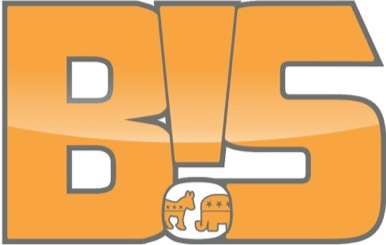 2014 is almost upon us. Time to take a look into the old crystal ball and see what might happen on the Utah political landscape next year. Here are 14 things I think will take place over the next 365 days.

1. The historic ruling by Judge Robert Shelby striking down Utah’s Amendment 3 as unconstitutional will survive an appeal by Utah at the 10th Circuit. The state will appeal that ruling to the U.S. Supreme Court. In a 5-4 decision, the Court will affirm Shelby’s ruling and make same-sex marriage the law of the land.

2. Shelby’s ruling will reverberate throughout the Utah political landscape in 2014. Some of the effects:

3. Utah’s Democrats will completely fail to capitalize on the whole sordid John Swallow mess. It’s a rare opportunity for the minority party to make some political hay, but they are so worried about potential blowback from the Republican majority on the Hill, they’ll be unable (or unwilling) to take full advantage. This isn’t as much of a loss as you might think. As one legislator told me after Swallow resigned, “This is going to hurt the GOP for sure, but not that much. Could it translate into a 3% hit at the polls? Sure, but not much more than that.”

4. Shelby’s ruling will also impact the 2014 elections. Democrats, who are publicly celebrating the ruling, will completely forget that most Utahns voted for Amendment 3. Their jubilation will negate any of the modest gains they might get at the polls from the John Swallow affair. The Democrats might gain a seat or two in the House, but the advent of same-sex marriage in Utah will limit those. Tone deaf, thy name is Utah Democrats.

5. 2014 will see Democrats on defense at the polls. The best Utah’s minority party can hope for is to maintain the status quo in the Senate. Four of the 5 Democrats in the Senate are up for election. There’s a very real chance the seat in Senate District 4 could fall to the GOP despite the fact that two former minority leaders, Scott Howell and Ross Romero, are vying for the Democratic nomination. The Salt Lake County GOP would love to pick up that seat now that Pat Jones is retiring. Don’t count that out of the realm of possibilities if they can find the right candidate.

6. It would be nice to see Democrats win a legislative seat outside of Salt Lake County. I’m betting that may happen simply because the odds against it not happening are too great.

7. Now that Jim Matheson is leaving Congress, that seat will go back to GOP control. Don’t expect Mia Love to waltz into Congress. A number of candidates who normally would have been crushed by Jim Matheson will consider making a run now that it’s a Republican seat again, and a few of them will actually take the plunge. I’m betting Love will be forced into a primary where her considerable financial resources will push her over the top.

8. Every other Congressional seat will remain in Republican control too. Rob Bishop will once again defeat Donna McAleer, Jason Chaffetz will crush whatever jabroni the Dems put up against him. Chris Stewart will get a surprisingly strong challenge at the Republican convention The hijinks that led to Stewart winning the nomination in 2012 will loom heavily over the contest this year. There’s a very good chance Stewart will be forced into a primary or even knocked out before then.

9. Luz Robles will run a surprisingly strong campaign in Utah’s 2nd district against Stewart or whoever the GOP nominee turns out to be. Being that this is still Republican dominated Utah, “surprisingly strong” means she will still lose by 20-points. Anything closer than that would be considered a major upset.

10. Republicans will win the election for Attorney General, extending their statewide election winning streak to 28.

11. “Count My Vote” will get enough signatures to get on the ballot. After that happens, legal challenges will send it to the Utah Supreme Court, who will keep the measure before voters. CMV wins by at least 25 points in November, radically changing the way political parties select their candidates. The level of butthurt among caucus defenders will be extraordinary, but Utah’s politics will be better for it. The wide margin of victory for CMV will be fueled by better than normal turnout because of the “religious liberty” constitutional amendment, which will also pass.

12. Gayle Ruzicka and the Eagle Forum will continue to lose clout on the Hill in the wake of their adamant support of John Swallow. In the age of Facebook and Twitter, a formidable phone tree isn’t what it used to be.

13. Some big names associated with former Attorneys General Mark Shurtleff and John Swallow will go to jail because of the scandal that forced Swallow out. I wouldn’t be surprised if either Swallow or Shurleff is frog marched in front of the television cameras to jail.

14. There will once again be no real talk of education reform other than Sen. Aaron Osmond’s proposal to overhaul the state’s compulsory education laws. Utah’s Democrats will be MIA on proposing change (again), and the whole issue will be kicked down the road until 2015.

(Editor’s note: Utah Policy publisher LaVarr Webb is on the “Count My Vote” board.)