Chaos in the Utah GOP! Hardliners adopt rule change that would kick signature-gathering candidates out of the party 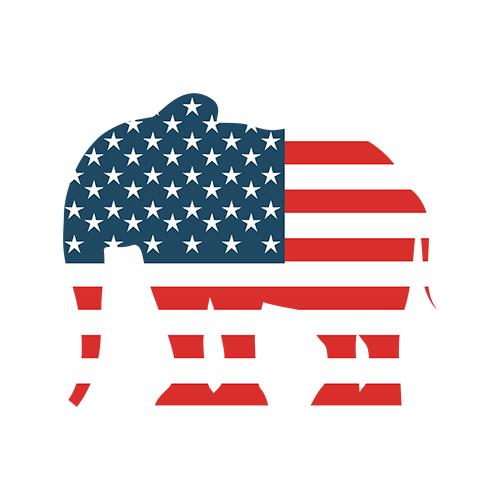 Editor’s note: A previous version of this article said Mitt Romney would be kicked out of the party because of the bylaw change. The Utah GOP State Central Committee wrote the change in such a way that nearly all of the 2018 candidates would not be affected. We regret the error.

You may have thought the internal workings of the Utah Republican Party were really screwed up before.

But now get this:

If some GOP candidates gather signatures to get on the ballot this year, they may well be kicked out of the Utah Republican Party via a bylaw change adopted Saturday over the objections of party chairman Rob Anderson.

And that’s not all.

But after Stewart Peay, the Snell & Wilmer attorney whom Anderson has had as the party’s legal counsel said so, the CC members in attendance fired him.

The Utah Republican Party doesn’t have an attorney.

Anderson said he will fight on against the group of right-wing Central Committee members that are clearly out to get rid of him.

“I will not resign,” Anderson told UtahPolicy.

Saying he is not trying to sound over-dramatic, “But really, I’m the only person standing now between the collapse of the Utah Republican Party” if the rightwing group gains control of the state office. “And that’s the truth.”

A bylaw change adopted Saturday also says that the only way a candidate can be a Republican in Utah is to follow the party’s nomination laws – which now don’t allow to get on the taxpayer-funded primary election via signature gathering – outlined in SB54.

The bylaw says if any GOP candidate accepts the signature route to the primary, he or she “immediately” loses their party membership.

So this election year “if you collect signatures” as a way to get on the primary ballot, “they (the right-wingers) will expel you” from the party, said Anderson.

There is a group of around 50 or so right-wingers who continue to call special CC meetings – as the bylaws allow.

There are around 180 members of the Central Committee, but many of them don’t want to travel long distances to attend a quickly-called special CC meeting in Salt Lake or Utah counties.

So the right-wingers have the votes to do what they wish in the “special” CC meetings.

It would take 60 percent of the whole state Central Committee to remove Anderson. And he said he knows his CC opponents don’t have that number, so his chairmanship is safe – although it appears his opponents are trying to get him to resign by making his life pretty miserable.

The CC normally meets just quarterly, and that next meeting is not until mid-May, after the GOP nominating convention in April.

So Anderson and a few other of the elected state leaders face the right-wingers – who are clearly very angry with Anderson.

‘Oh, and Saturday they denied my whole (state) convention committee list – every one of them,” said Anderson.

So he doesn’t have any help, at least for now, to run the scheduled April 21 convention in the Maverik Center.

The 4,500 state delegates – to be picked March 20 in neighborhood GOP caucus meetings – will go to that convention to vote on an array of candidates – U.S. Senate, U.S. House, and multi-county legislative seats.

Those same state delegates will vote, in the spring of 2019, on a new state Central Committee membership. And only then can some of the right-wingers fighting Anderson et al. be replaced.

But that’s over a year away.

Anderson has to run a party that is supposed to be raising money and organizing the critical 2018 elections – finding candidates and turning out the GOP vote statewide.

As of now, under SB54 the Utah Republican Party is still a Qualified Political Party (QPP).

That means as a QPP the state party MUST allow all candidates to take both the signature gathering route, or the caucus/delegate/convention route, or both at the same time.

But the new bylaw passed Saturday says that in the U.S. House 1st and 2nd districts the ONLY route to the GOP nomination is through the caucus/delegate/convention route.

“What do I do?” Anderson asked rhetorically. “Do I obey the law of the land? Or some party bylaw?”

How can a party legally treat candidates for the same office, but in different districts, differently? He asks.

Anderson said since he no longer has a party attorney, he will seek and take legal advice “from people I admire and trust.”

But those attorneys won’t get paid because the CC told him he couldn’t hire his attorney of choice.

Finally, UtahPolicy.com had written about a proposed bylaw change that would have said the party itself would decide who can and who can’t be a member of the party – and run as such in elections.

That bylaw change would have allowed so-called “purity tests” by some kind of committee to allow a person/candidate to be an “official” Republican.

But, said Anderson, he refused to let that bylaw change be considered Saturday because it was not properly filed under current party rules.

Expect, said Anderson, another “special” CC  meeting to be called soon to consider that bylaw, if it is properly filed.

UtahPolicy.com reached out to Lt. Gov. Spencer Cox about the change and what it could mean for the Utah GOP. Cox said he does not know what the ultimate effect will be until he has a chance to meet with lawyers from the Utah A.G.’s office.

“We will be reviewing everything. And the repercussions of their actions,” said Cox.