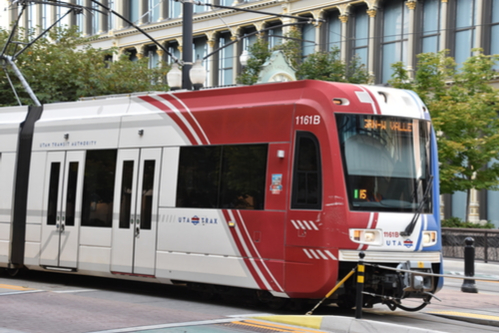 A provision tucked inside the latest version of a bill to overhaul the Utah Transit Authority could be viewed as political payback against a UTA employee, but the lawmaker behind the change says that’s nonsense.

Line 1244 of the 6th substitute of SB136, which implements significant changes to mass transit in Utah, is a section that gets rid of the UTA’s in-house counsel and moves those operations over to the Attorney General’s office.

The provision showed up in the 5th substitute of SB136 on Tuesday night when the House voted for final passage before sending it back to the Senate.

Rep. Mike Schultz, R-Hooper, says the provision is not a surprise, as he’s been working on it for weeks.

“This is simply a question of good policy,” says Schultz. “I am trying to find good policy, and this change will save the state a significant amount of money.”

Schultz says the total financial compensation for the UTA’s current lead attorney, when you factor in salary and benefits, tops $292,000 annually. He says that translates to just more than $95 per hour for legal work.

“Similar work at the AG’s office only costs $43 an hour. It’s just good policy to make that change,” he said.

But, the move could be considered “bad optics” by some on the outside. Jayme Blakesley, who is the current UTA general counsel, uncovered huge bonuses, totaling nearly $1 million, for two former UTA officials. Those bonuses were later canceled.

Blakesley also pushed the investigation into former UTA board member Terry Diehl, who was accused of self-dealing and conflicts of interest involving real estate developments around planned train stations. The federal charges against Diehl were dropped last year.

Schultz says he’s not worried about this move appearing to be some sort of political payback.

“This is people trying to protect their little fiefdom,” says Schultz. “I’ve been talking to UTA about this for a month. I’ve asked them to give me policy reasons why I shouldn’t do this. When I look at it, I see a way to save the state 500-grand a year or more.”

It’s true that this move didn’t come out of the blue. Sen. Wayne Harper, R-Sandy, the original sponsor of the bill, told UtahPolicy.com Wednesday morning that he’s been aware of the possible change since he started working on the legislation.

“There have been discussions about this for the past month,” said Harper. “I think the reason we would make this change is to increase transparency and accountability.”

Schultz agrees with that.

“Right now, the UTA’s general counsel reports to the UTA board. Moving over to the AG’s office just makes policy and financial sense,” he said.