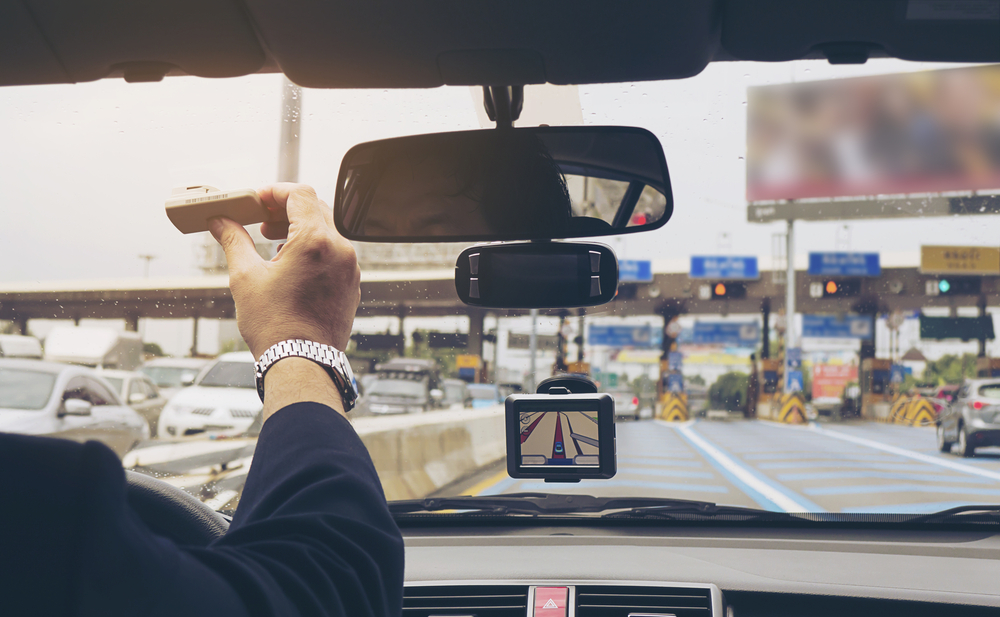 Sales tax, which is not keeping pace with the state income tax revenues, funds the General Fund – or it is supposed to.

But for years lawmakers and governors have pushed some sales tax revenue into the Transportation Fund because gas tax alone won’t pay for road construction and maintenance.

The imbalance in the General Fund, which pays for things like public safety, health and human services and corrections and air quality, is becoming a crisis.

That’s why a special tax reform task force is meeting this summer to come up with recommendations to rebalance the state tax system.

But raising the gas tax and charging some tolls on major state roads clearly is not the answer citizens want, the poll shows:

Raise the gas tax? Only 36 percent are in favor of that, while 49 percent “somewhat” or “strongly” are against it. Fourteen percent neither support nor oppose that idea. 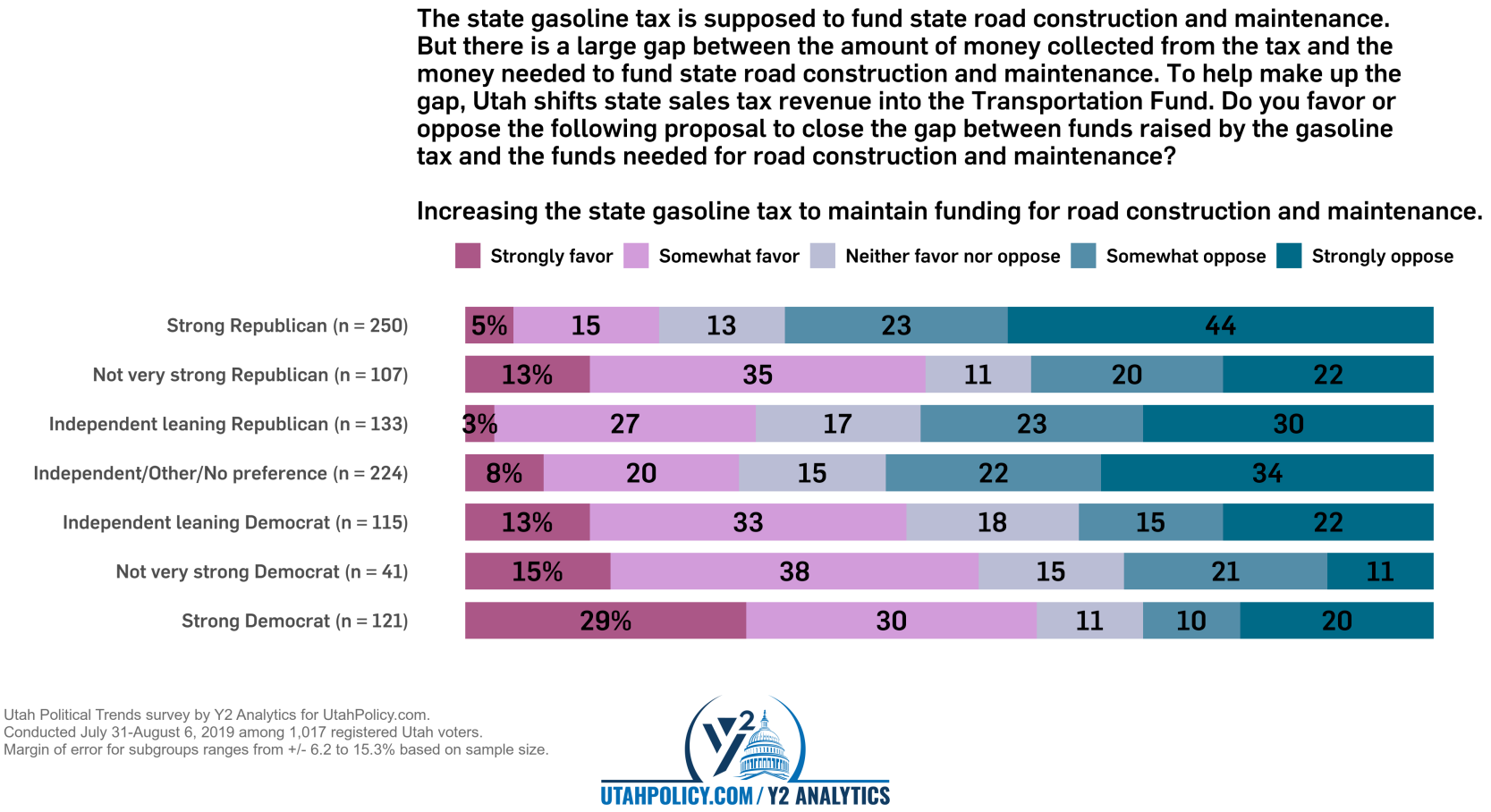 Start collecting tolls on some major state roads? Only 23 percent like that idea, while 68 percent are opposed, with 9 percent neither favor nor oppose it. 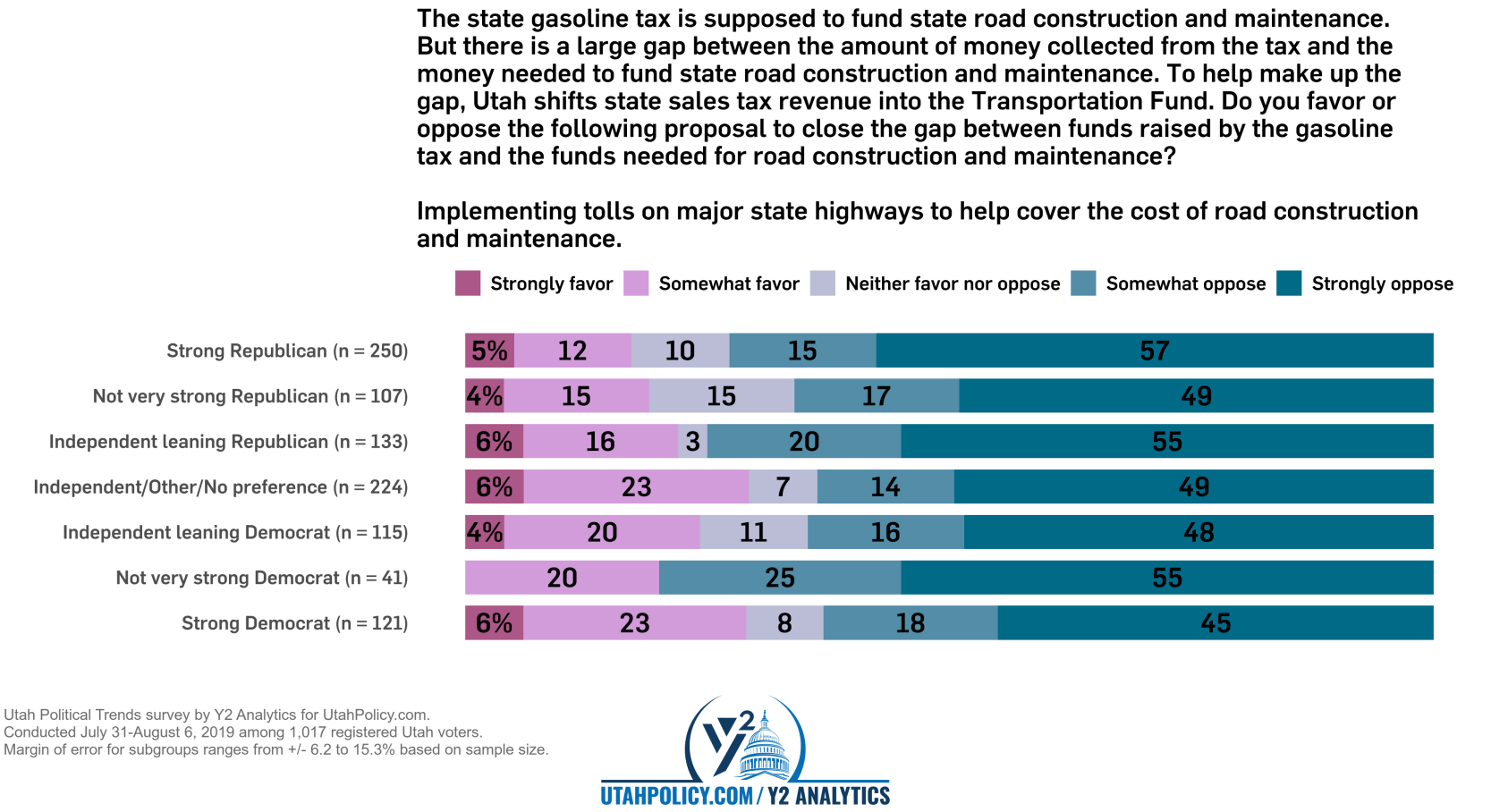 “A gas tax is a visible tax. Almost everybody drives a car. People notice changes to the price of gas. They can easily calculate the extra money that they are paying when they see an increase in the price of a gallon of gas,” he says.

Patterson says toll roads are even more unpopular among voters.

“Toll roads seem anti-democratic to most individuals. They believe that they have paid for the roads already, so a toll restricts usage to those individuals who can pay the toll. Furthermore, a toll road is normally a government-administered activity, and people do not generally trust government to handle the funds properly.”

The Utah Legislature is heavily Republican.

And Y2 finds that rank-and-file members of that party are really against these two options for getting more money into the Transportation Fund.

“Strong Democrats” are OK with raising the gasoline tax, 59-30 percent either “somewhat” or “strongly” in favor.

But “strong Democrats” don’t want to impose tolls on major highways, 69-29 percent against.

A majority of independents are against both alternatives, the survey shows.

So, it appears the idea of new toll roads (Utah has only a couple of them currently) is dead on arrival before the Utah Tax Reform Task Force.

Well, that is a bit more palatable, but barely.

Several years ago, the GOP Legislature and Republican Gov. Gary Herbert raised the per-gallon gas tax and put in place an automatic annual adjustment based on the wholesale price of fuel, gasoline and diesel.

The state gas tax is about 30 cents per gallon on gasoline currently.

Voters refused to raise the gasoline tax in a November 2018 referendum. But that increase was set to fund education, in a strange deal lawmakers made with Our Schools Now citizen initiative.

Most observers say voters were confused over why they should increase the gasoline tax for schools, so voted it down.

Unless lawmakers, in tax reform, decide to go against voters’ wishes – especially GOP voters – and raise the gasoline tax, then it appears for now that there isn’t a suitable political solution to the Transportation Fund’s reliance on some sales tax money to keep Utah roads funded.