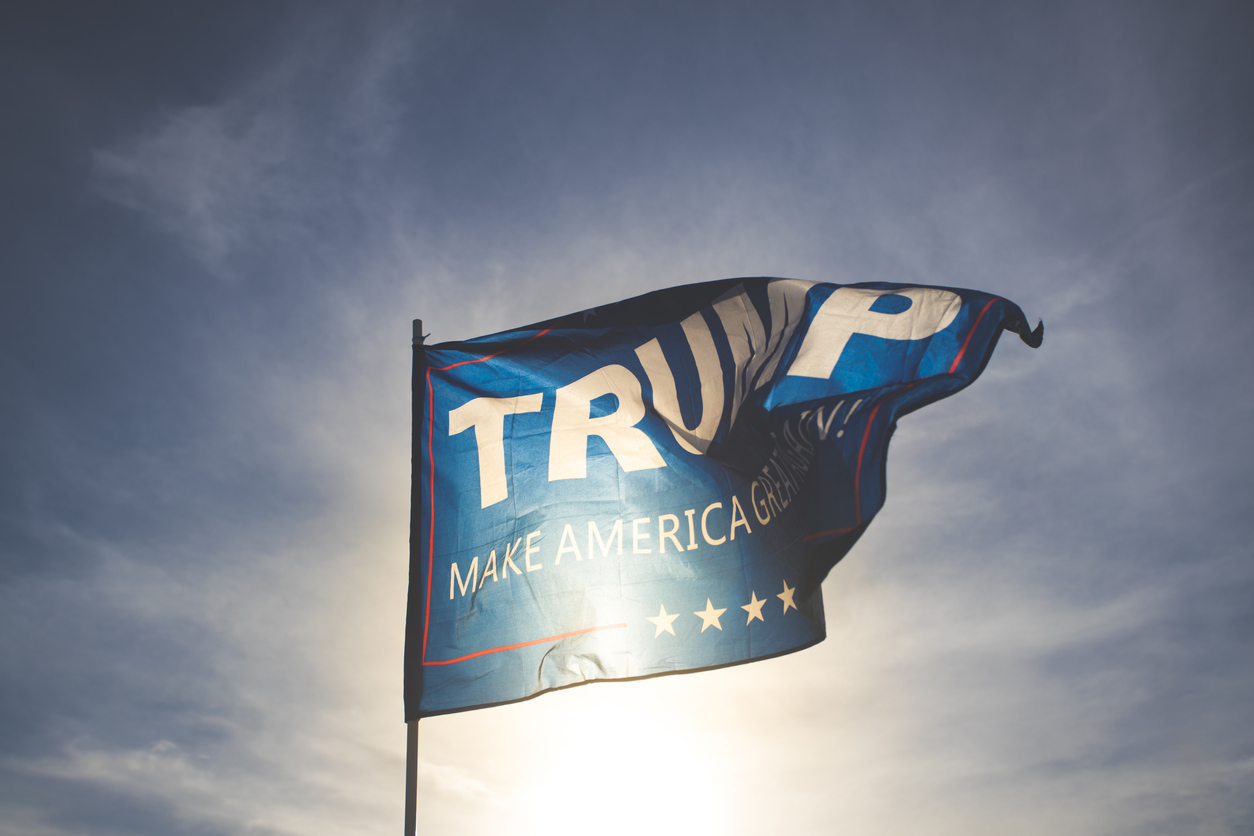 Just over 4 in 10 Utah voters say they’re ready to give President Donald Trump another term in office in 2020.

A new Utah Political Trends survey from UtahPolicy.com and Y2 Analytics asked Utah voters who they would vote for if the 2020 election were held today. 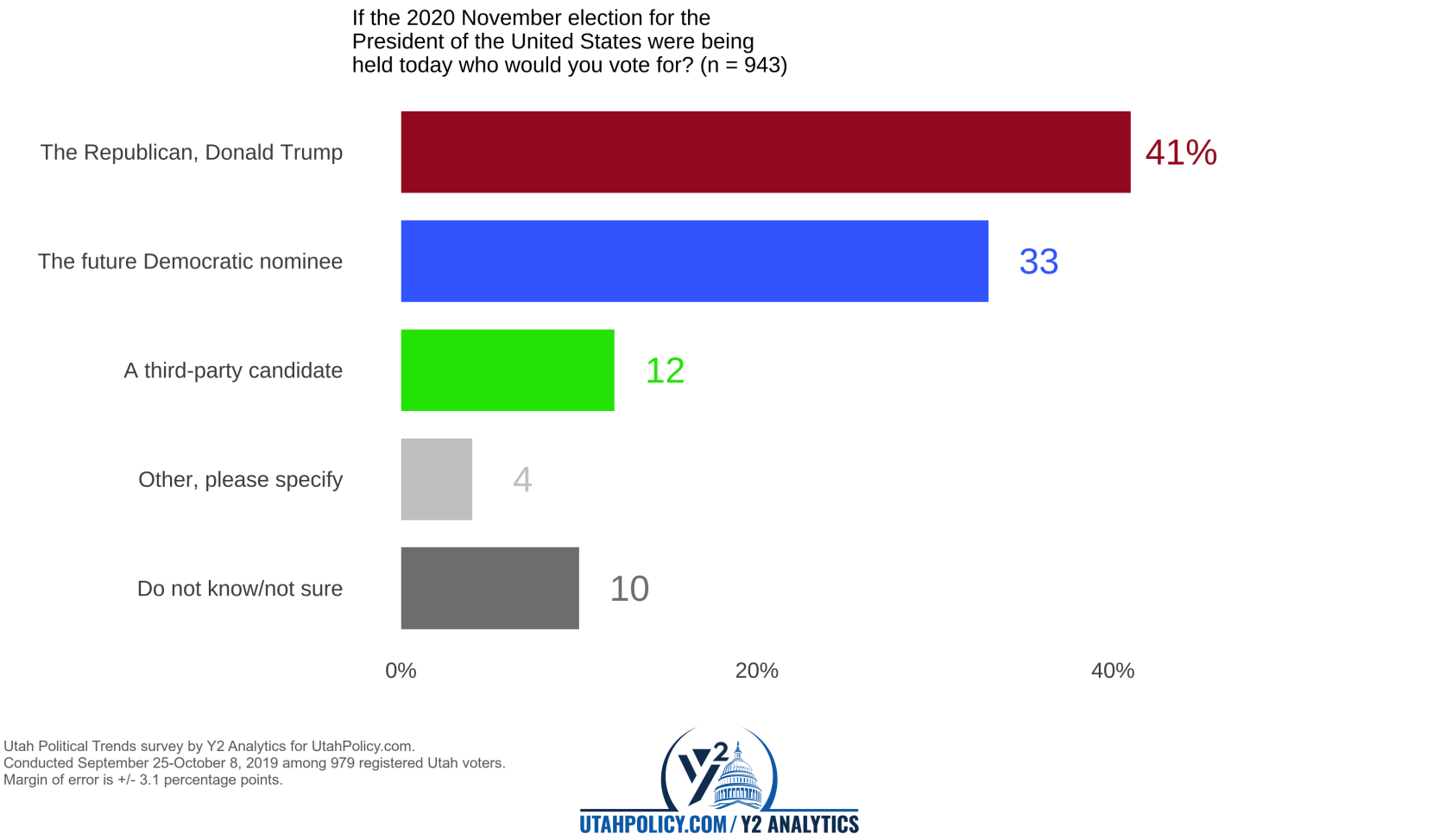 President Trump did carry Utah in the 2016 election but only was able to garner 45.5% of the vote. His approval rating among Utah voters remains underwater with only 45% saying they approve of his job performance.

UtahPolicy.com pollster Kelly Patterson from Y2 Analytics says there’s not much chance that Trump will lose Utah in the 2020 election, but the survey shows voters in the state still aren’t sold on him in the Oval Office.

“The percentage reflects a lack of enthusiasm for President Trump,” he said. “His numbers would probably go up if it were not a generic Democratic candidate and people had to weigh the qualities and characteristics of each candidate.”

Part of the reason Trump did not get a majority of the vote in Utah in 2016 was the presence of third-party candidate Evan McMullin on the ballot. Might Utahns be holding out hope that they’ll have another choice to get behind in 2020? Maybe, but not likely says Patterson.

Trump is facing a long-shot primary challenge from three other Republicans for the 2020 GOP nomination.

Women voters in Utah have soured on Trump according to our survey. Trump gets much more support from men than women in Utah for his 2020 re-election campaign. 47% of male voters say they would support Trump in 2020, but only 33% of women say they’re ready to vote for him, which is a 14-point gender gap. Patterson says that difference is significant.

“Women are a significant part of the Democratic coalition and this gap means Trump is spotting the opposition millions of voters across the nation,” he said.

In the 2018 midterm elections, the gender gap was 19-points with 59% of women casting ballots for Democrats while 40% voted for Republicans. That was one of the primary reasons Democrats won control of the House last year. 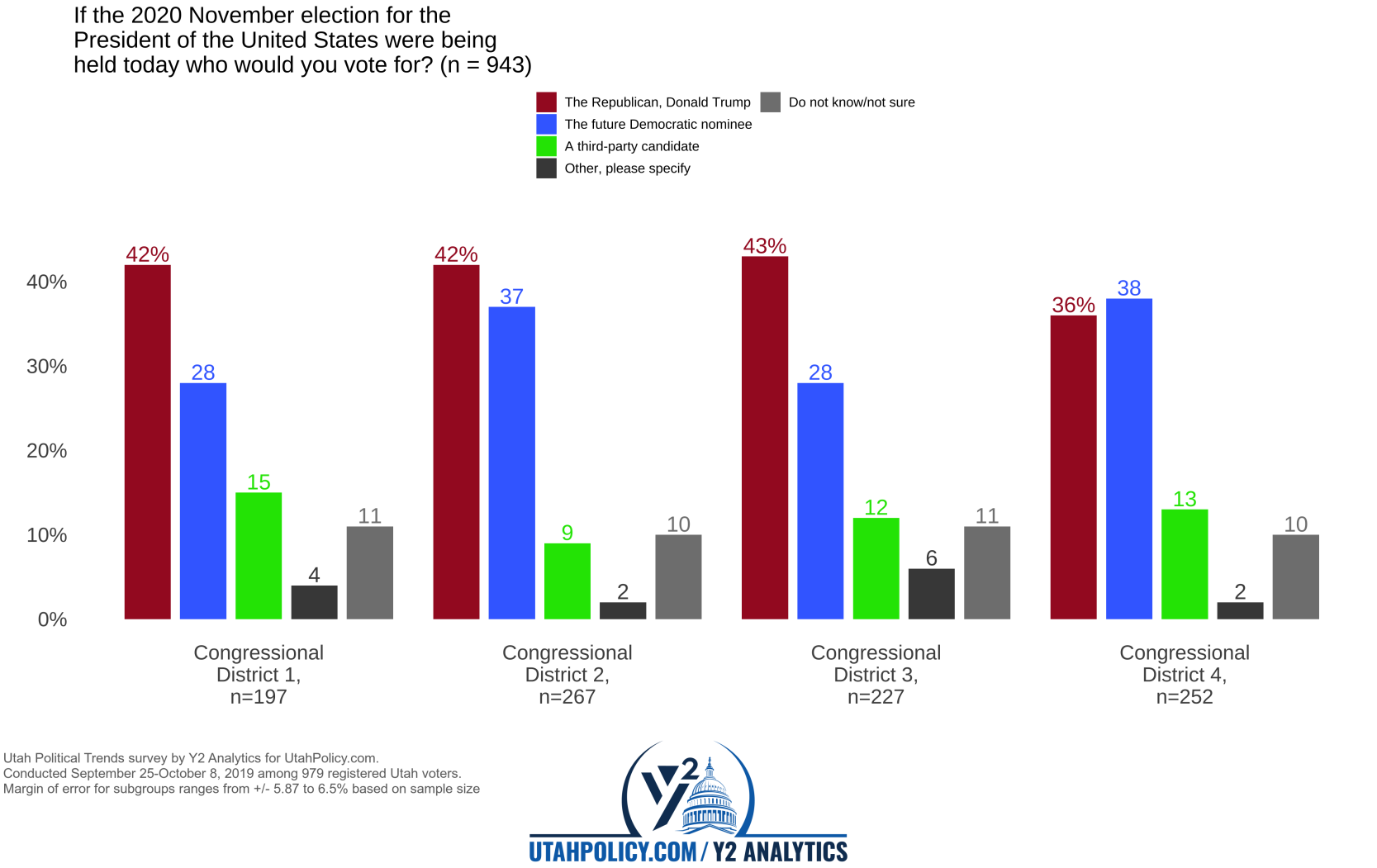 Support for Trump’s re-election is lowest in Utah’s 4th Congressional District, currently represented by Democrat Ben McAdams. Just over a third of voters there (38%) would cast a ballot for Trump, while 36% would vote for the eventual Democratic nominee. That could be good news for McAdams who is considered the most vulnerable Democrat in Congress after winning his 2018 election by fewer than 700 votes.

Support for Trump’s re-election is fairly consistent across Utah’s other three congressional districts. 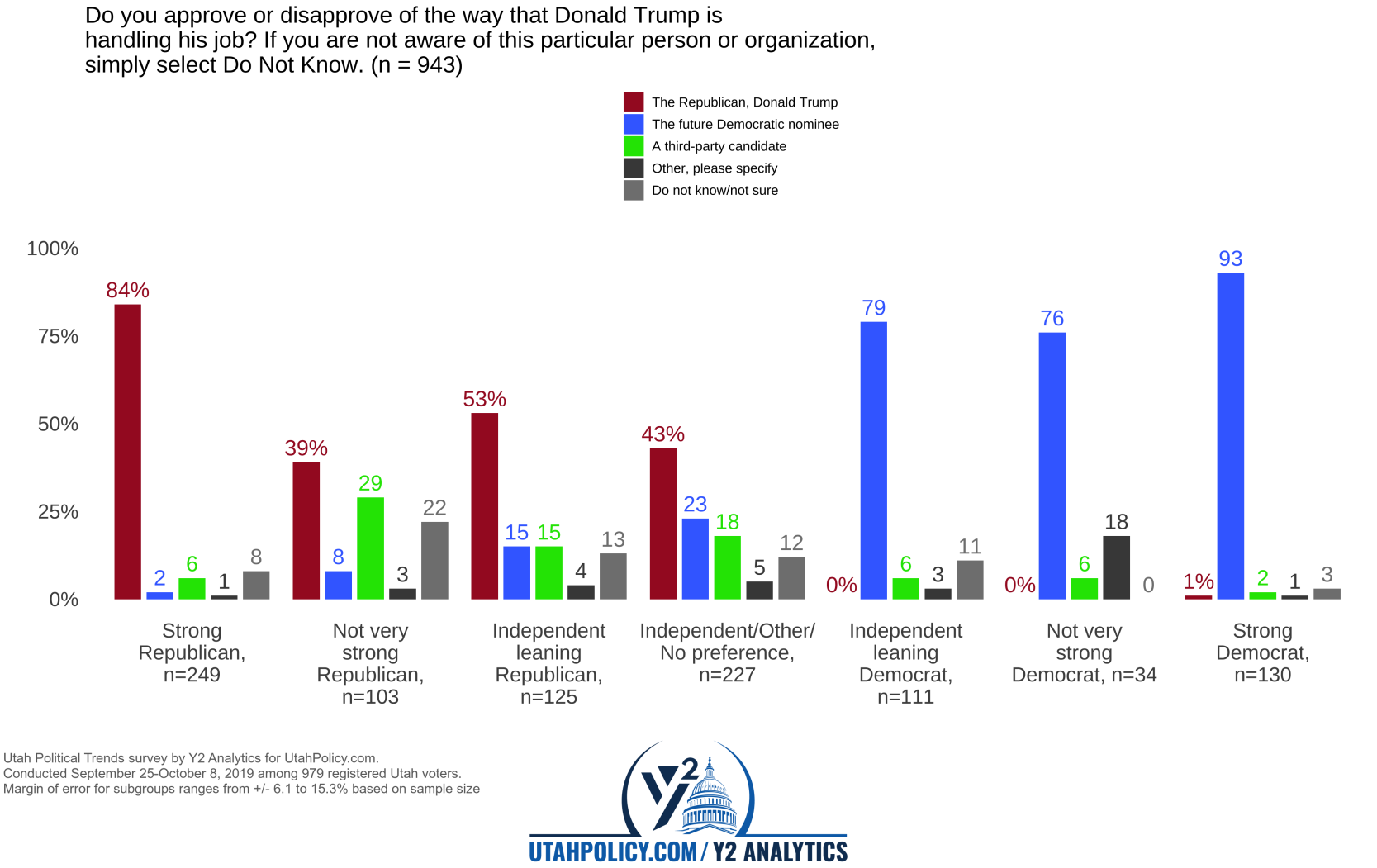 Trump’s biggest base of support lies among “strong” Republicans, as 84% of that group say they would vote to give him another term in office. Moderate Republicans, however, are not sold on Trump as only 39% of that group support him for 2020, while 29% chose a third-party candidate.