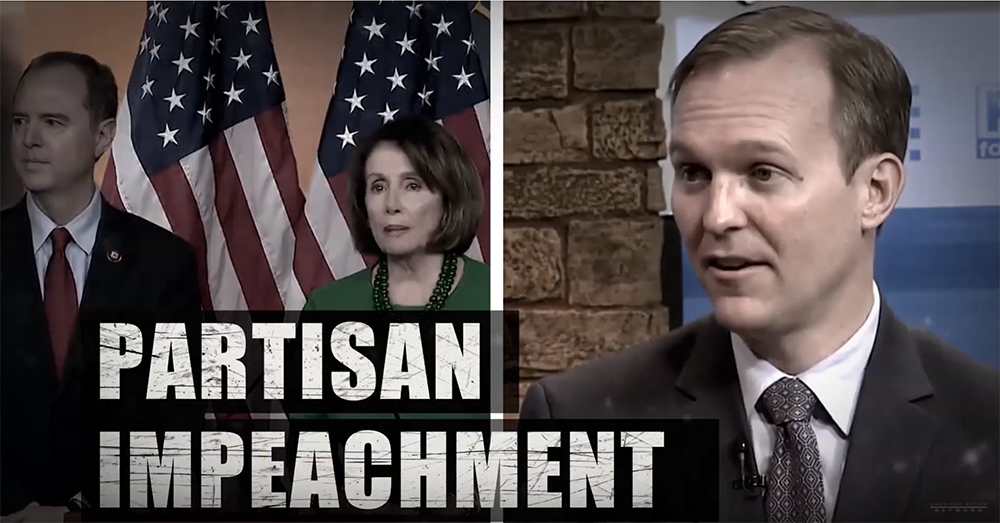 A conservative group is dropping $300,000 on television and digital ads in Utah against Ben McAdams over the impeachment issue.

The American Action Network has purchased time on local television stations as well as online for the spot which features Rep. Alexandria Ocasio-Cortez saying impeachment is “preventing a potentially disastrous outcome from occurring next year.” The ad paints Democrats, and McAdams, as focused on impeachment while ignoring other issues such as border security and prescription drug prices.

“The left has admitted time and time again that impeachment isn’t about the facts, it’s about damaging President Trump for their political ends. But in America, voters should decide elections for themselves,” said AAN President Dan Conston in an email statement. “Members of Congress need to stand up, vote no, and get back to work on the issues Americans care about, like passing a new trade deal, creating good jobs, and securing our border.”

“Ben is focused on addressing the cost of prescription drugs and our rising national debt. If impeachment articles come to the floor he will make a decision after reviewing all witnesses testimony and facts,” he said. “What I can tell you is that he’ll make his decision with Utah in mind and no amount of spending from Washington DC special interest groups from either party will change that.”

The group says the ads will run through early December at least.

The conservative group Club for Growth has also purchased digital ads to pressure McAdams over impeachment.

McAdams is one of the most vulnerable Democrats in Congress heading into the 2020 election cycle. Utah’s 4th Congressional District is rated as one of the most Republican-leaning in the nation. McAdams only won election in 2018 by fewer than 700 votes.

However, McAdams is well-liked by his voters, having the highest job approval rating among Utah’s members of Congress. Utah Political Trends polling from UtahPolicy.com and Y2 Analytics shows 54% of voters in his district approve of the way he is handling his job while 30% disapprove, giving him a net-positive rating of 24%.

On the other hand, President Trump is not well-liked among McAdams’ voters. Trump carried the district in 2016, but only garnered 39% of the vote. Current polling shows that number hasn’t moved much since the election as just 44% of 4th District voters approve of his job performance while 56% disapprove, a net-negative rating of –12 points. Additionally, 36% of voters in the district said they were ready to vote to give Trump another term in office.