Analysis: Ranking the most ‘conservative’ and ‘liberal’ members of the Utah Legislature 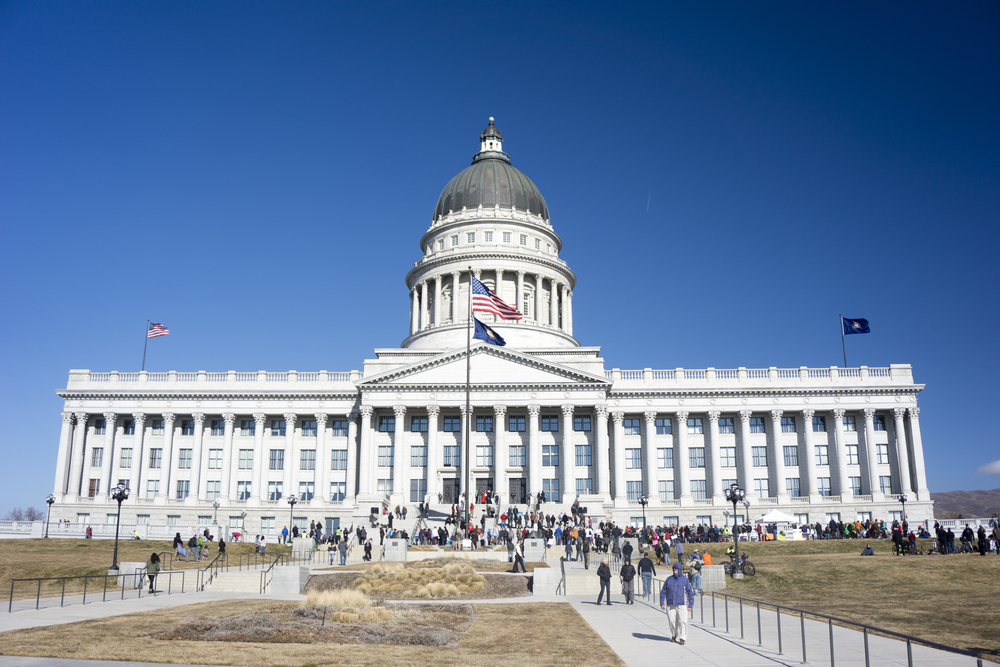 As candidates begin filing to run for the Utah Legislature this year, who are the most conservative and liberal incumbents when ranked against each others’ voting records?

Adam Brown, a political science professor at Brigham Young University, and his students have been using a recognized ranking level for some years, looking at floor votes on bills and putting individual lawmakers’ votes up against each other.

You can read about Brown’s methods, and the rankings, here.

As a long-time reporter/watcher of the Utah House (40 years), some of the folks at the extreme liberal and conservative ends are known to me.

Hey, even some members of these folks’ own party in the House think they are too far to the left or right, and often say so openly — then asking you don’t attribute their comments to them publicly.

We all want to remain friends inside and even outside of their caucuses, don’t we?

Still, Brown’s work is illuminative, especially when one considers re-election time when some Democrats need a few conservative independent votes, and some Republicans need some liberal independent votes to win.

So, here are some of the folks at the ends of Brown’s scale, in the middle (with perhaps a few surprises), and some observations, as well.

In 2019 (the 2020 session just ended, and Brown hasn’t put up on his website evaluations for the last 45 days) on the most liberal side:

Not a big surprise here, as Romero runs liberal bills and often votes against the majority Republicans bills. She brought some laughs this past session when she said she supported one of House Majority Leader Francis Gibson’s bills and worried about giving him a heart attack. Gibson grabbed his chest as if he was suffering such an attack.

Romero, in 2020, introduced seven bills and one resolution. Three of the bills didn’t even get out of House Rules, so were never voted on in a committee.

Three of her bills passed both the House and Senate and went to GOP Gov. Gary Herbert, perhaps the most significant, HB116,  a task force to study murdered and missing indigenous women and girls.

Her one resolution, remembering the Tutsi people who were killed in the Rwanda genocide, also passed.

Arent is an anomaly in this category, which Brown warns about in his description of the rankings: She has proven a very effective legislator, in terms of getting her bills passed and elections in Republican-leaning districts, over several decades, first in the House, then in the Senate, then coming back to the House. She is retiring this year, and after years of trying, in this recent session, got passed her bill to repeal straight-ticket voting in Utah.

On the other side of the scale, being the most conservative among the 75 House members, is Rep. Marc Roberts, R-Salem. On Brown’s 1999 scale, Roberts gets a +90.2, the highest given.

Roberts is retiring this year, and no doubt, there will be a big battle among GOP candidates to replace him in the very-Republican House District 67.

Roberts has been a leader in deregulating food production and sales, leading one of his fellow Republicans on the House Rules committee to move to hold one of his bills on the slaughter of chickens (it later got out and passed after amendments), arguing that Roberts’ actions could endanger public health.

Roberts has also led out on Ranked Choice Voting, a system whereby a voter ranks the ballot candidates by preference and would do away with the need for primary elections. Several cities did RCV this past year. It is unclear who will champion this effort now.

In the 2020 session, Roberts introduced 13 bills and one resolution (which passed). Six of his bills passed, with most of the others dying in the Senate.

Ivory resigned from the House last year, and was not in the 2020 Legislature, after a decade of service. He was one of the self-described “constitutional scholars” in the House GOP caucus.

Now, how about the House members “in the middle,” those closest to zero?

Well, the least liberal (or the most conservative) Democrat in 1999 was Rep. Susan Duckworth, D-Magna. Brown gives her a ranking of -55.1.

This is not a surprise.

When House Speaker Brad Wilson, R-Kaysville, came into the top post in the 1999 Legislature, he actually appointed Duckwork to be vice-chair of the Higher Education budget committee. This is basically unheard of, and Wilson was praised (and criticized) for putting a minority Democrat in a committee leadership position.

Duckworth was loyal to the committee process, a fair committee-runner when she was called upon to conduct.

Duckworth is retiring this year, and it may be hard for Democrats to hold her House District 22, which has been trending more conservative with residential westside growth.

Poulsen is retiring this year, and the eastside of south Salt Lake County has swung back and forth among Democrats and Republicans for some time.

Three GOP House members are actually under or near zero in Brown’s 1999 rankings. You can’t read a lot into this, since you must remember that this is a ranking not to a scale, but among the 75 House members themselves.

Still, the three are interesting, because they are well-known to be moderates among the archconservatives in the Utah House. And being a moderate among these folks would still be conservative by GOP standards in many other states.

Hall usually has rather close re-elections, one of several West Valley seats that Republicans barely hold on to.

Ward is usually challenged by an arch-conservative Republican, so he needs to watch his political right. If he survives intra-party challenges, he usually handily beats any Democratic challengers.

Davis County Republican politics is sometimes odd. A solidly GOP area, it often elects moderate-mainstream Republicans to the House and Senate, some of the more reasonable Republicans in both bodies.

The other Davis County GOP House members are in the +30s and +40s in Brown’s 1999 rankings, with the exception of Rep. Karianne Lisonbee, R-Clearfield, who is ranked at +60.0 — and has been one of the anti-abortion House leaders.