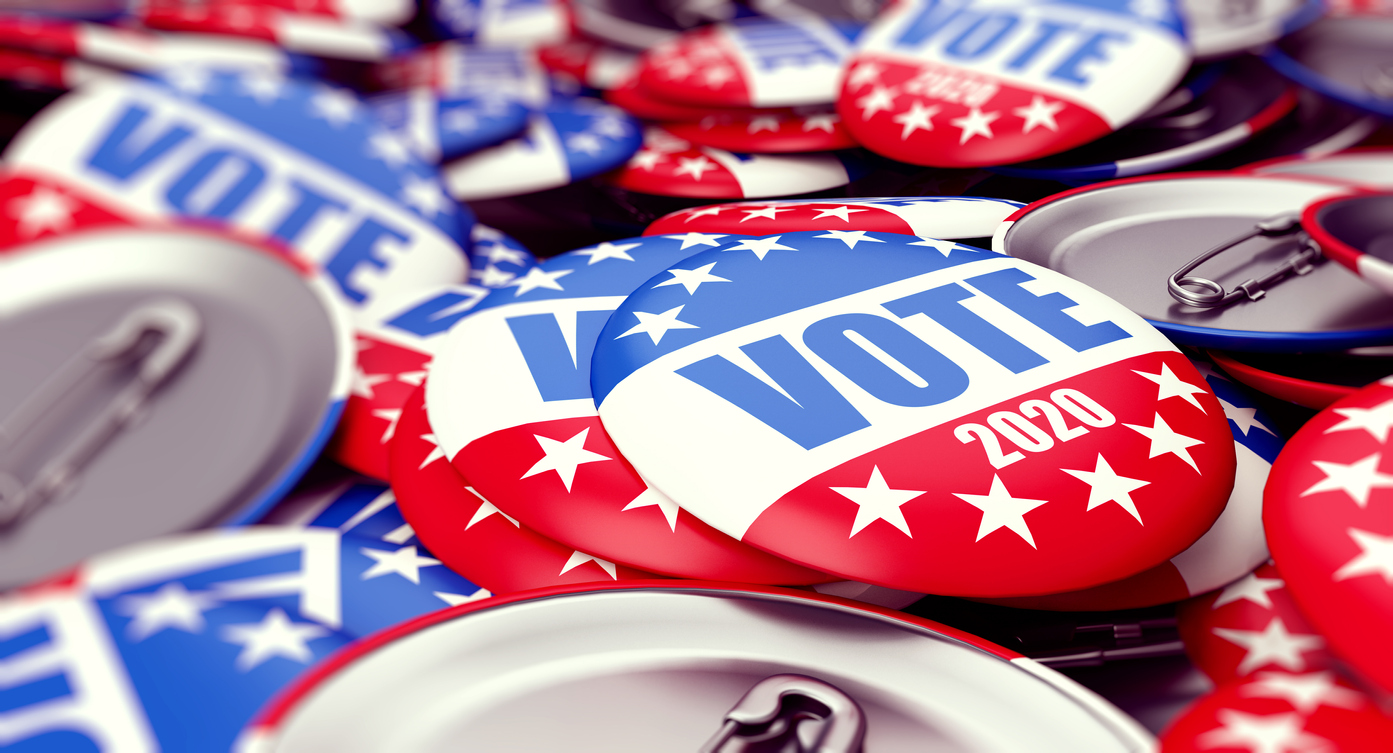 The race for the Republican nomination in Utah’s hotly contested 4th Congressional District looks to be a wide-open affair, but former radio host Jay McFarland and former NFL player Burgess Owens have a slight lead on the rest of the field according to a new poll. 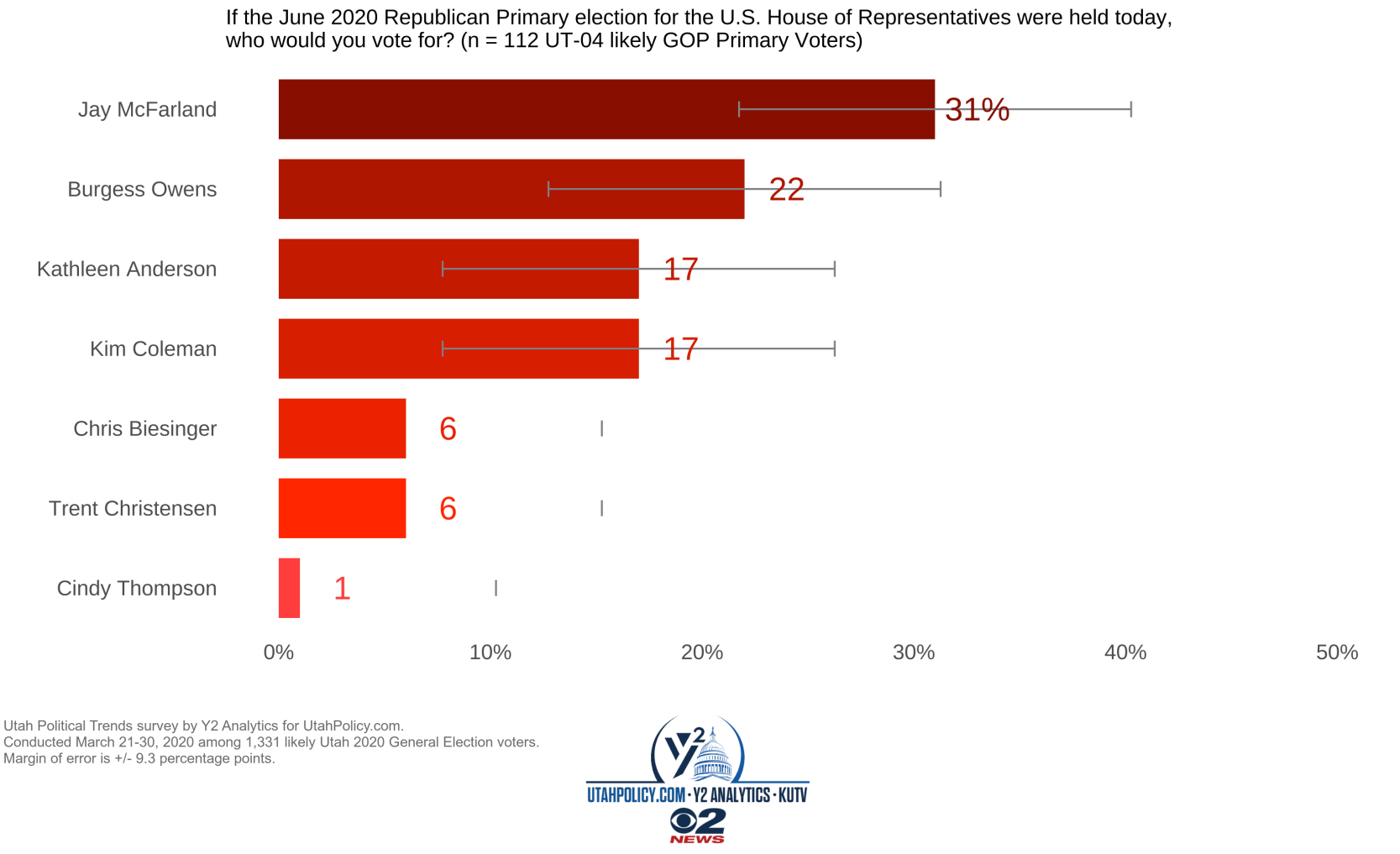 While that 9-point gap may seem like a big lead, the survey has a margin of error +/- 9.3 percentage points, so the race is technically a statistical tie among the top four candidates. McFarland seemingly has a big lead, but given the wide margin of error, any of the top four candidates can lay a partial claim to the status of a frontrunner in the race.

So far, McFarland, Owens and Christensen have qualified for the June primary ballot by gathering signatures while Anderson, Coleman, Biesinger and Thompson are hoping to book a trip to the June primary through next week’s GOP state convention. Depending on the results from the convention, it’s possible that three, four or five of the seven Republicans in the field will appear on the primary ballot.

The lead in the survey by McFarland and Owens can likely be chalked up to their relatively high name recognition among voters. McFarland was a longtime host of a daytime talk show on local radio while Owens has consistently appeared as a guest on conservative media outlets, primarily Fox News Channel.

McFarland’s electoral strength lies mostly with voters in the middle of the ideological center, with 34 percent of “moderate” Republicans, 31 percent of voters who are middle of the road in their politics and 57 percent of moderate liberals backing him.

Owens, McFarland, Anderson and Coleman are splitting up support from the right-wing of the party. Owens gets 28 percent from “strong” conservatives, McFarland is supported by 22 percent, Coleman is backed by 21 percent and Anderson gets 20 percent from that group.

Incumbent Democrat Ben McAdams is facing a longshot convention challenge from Daniel Beckstrand next week. If McAdams does not secure the support of at least 60 percent of the delegates at the convention, he would be forced into a primary election. 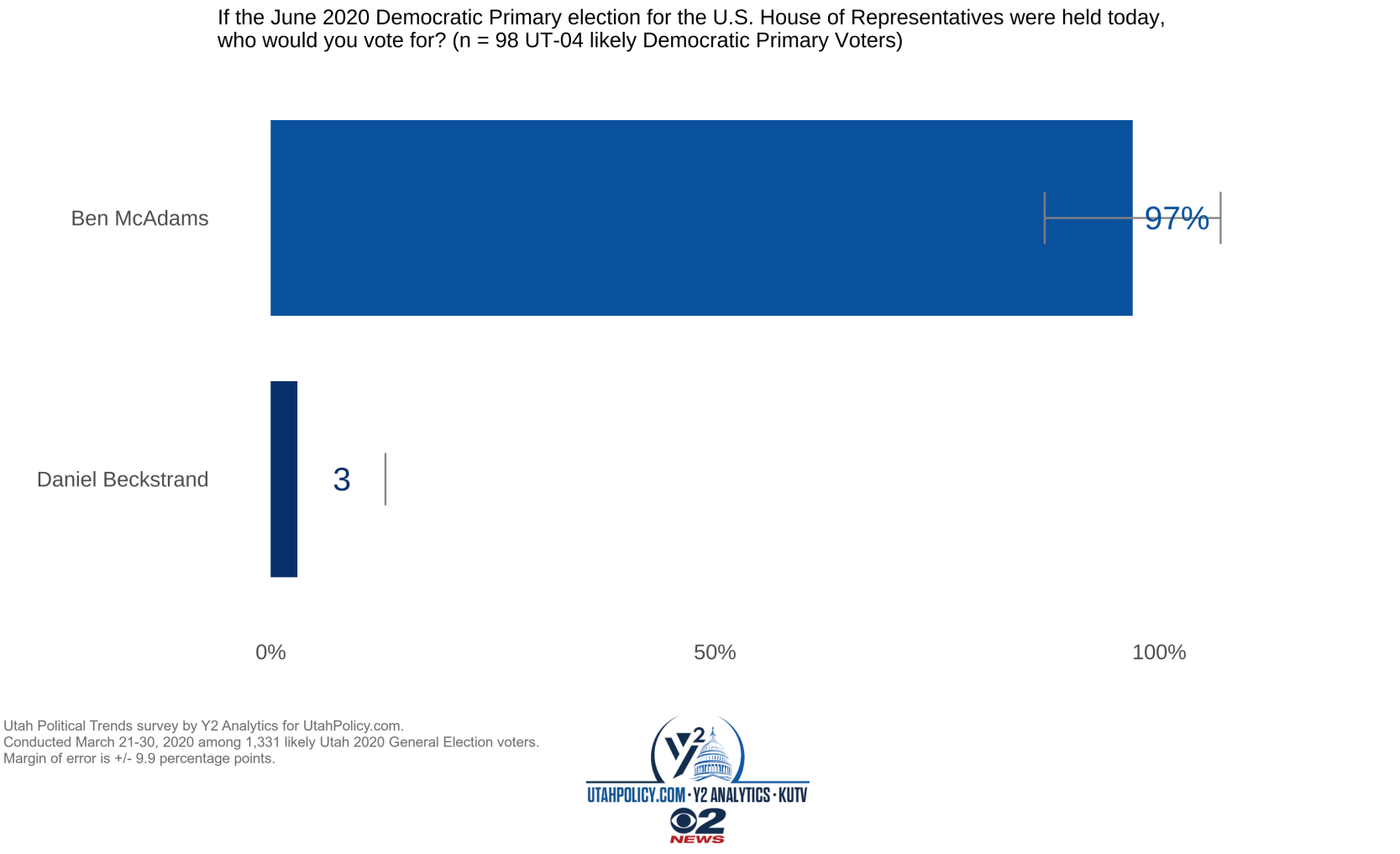 If Beckstrand does somehow make it to the June primary, the survey suggests McAdams would win in a landslide, with 97 percent of likely primary election voters saying they would cast a ballot for McAdams.

Utah Policy.com has partnered with KUTV 2 News and Y2 Analytics and will be providing polling results on a regular basis throughout the election season. You can sign up for UtahPolicy.com’s daily email newsletter here.