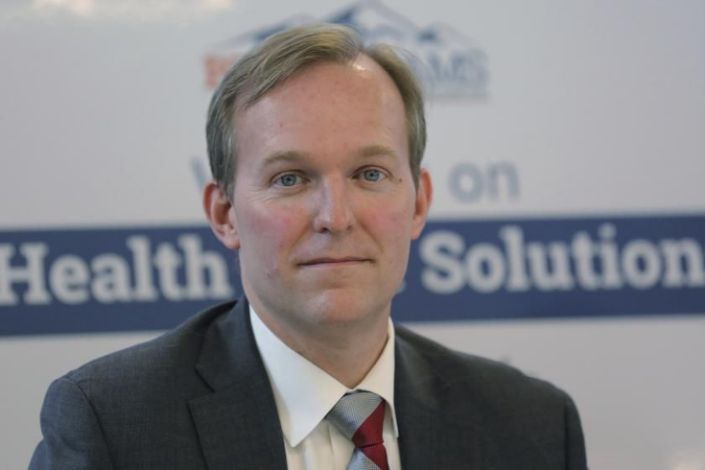 Rep. Ben McAdams is seemingly in a good position with voters in his 4th Congressional District as he aims for another term in Washington according to a new survey.

McAdams, who is widely seen as one of the most vulnerable Democrats in Congress, has the highest approval rating of any of Utah’s House members according to a new UtahPolicy.com/KUTV 2News survey.

The poll, conducted by Y2 Analytics finds 59 percent of voters in Utah’s 4th District either “strongly” or “somewhat” approve of his job performance, while 34 percent disapprove. 8 percent had no opinion. 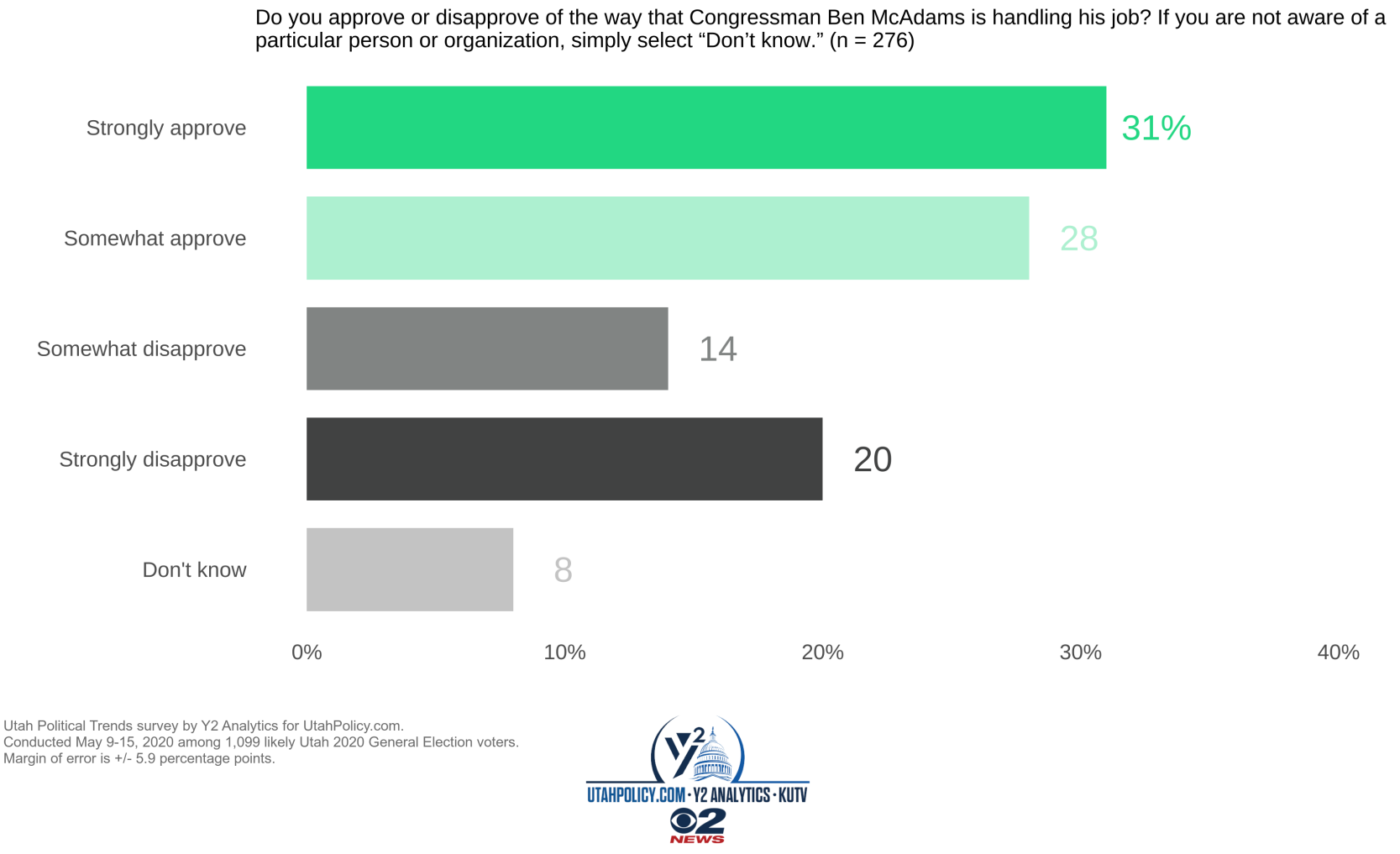 A +25 net approval rating 5 months out from election day is good news for McAdams, who is expected to come under heavy electoral fire from Republicans who are seeking to reclaim the seat he captured by fewer than 700 votes in 2018. National Republicans will likely carpet bomb the airwaves ahead of November attempting to bring that approval rating down.

The latest poll is a dramatic reversal for McAdams, who saw his job approval ratings fall by 11 points during the impeachment drama. McAdams ultimately voted to impeach the president for his actions in the Ukraine scandal. Trump was ultimately acquitted by the Senate, with Sen. Mitt Romney the only Republican to vote to remove him from office.

“Voters do not necessarily forgive politicians because an approval rating is often a running tally of the good and bad publicity that a politician receives filtered through the lens of partisanship. A politician who has an increasing approval rating normally benefits from a steady diet of good news that has replaced the bad news,” he said.

Both men and women voters approve of McAdams’ performance in office, but women view him much more favorably. 65 percent of women approve of his job performance, while only 52 percent of men do.

Despite those numbers, Stewart is considered a safe bet to win another term in November. Utah’s 2nd District carries a Cook Political Report rating of R+16, which indicates it would be a tall order for a Democrat to unseat him. 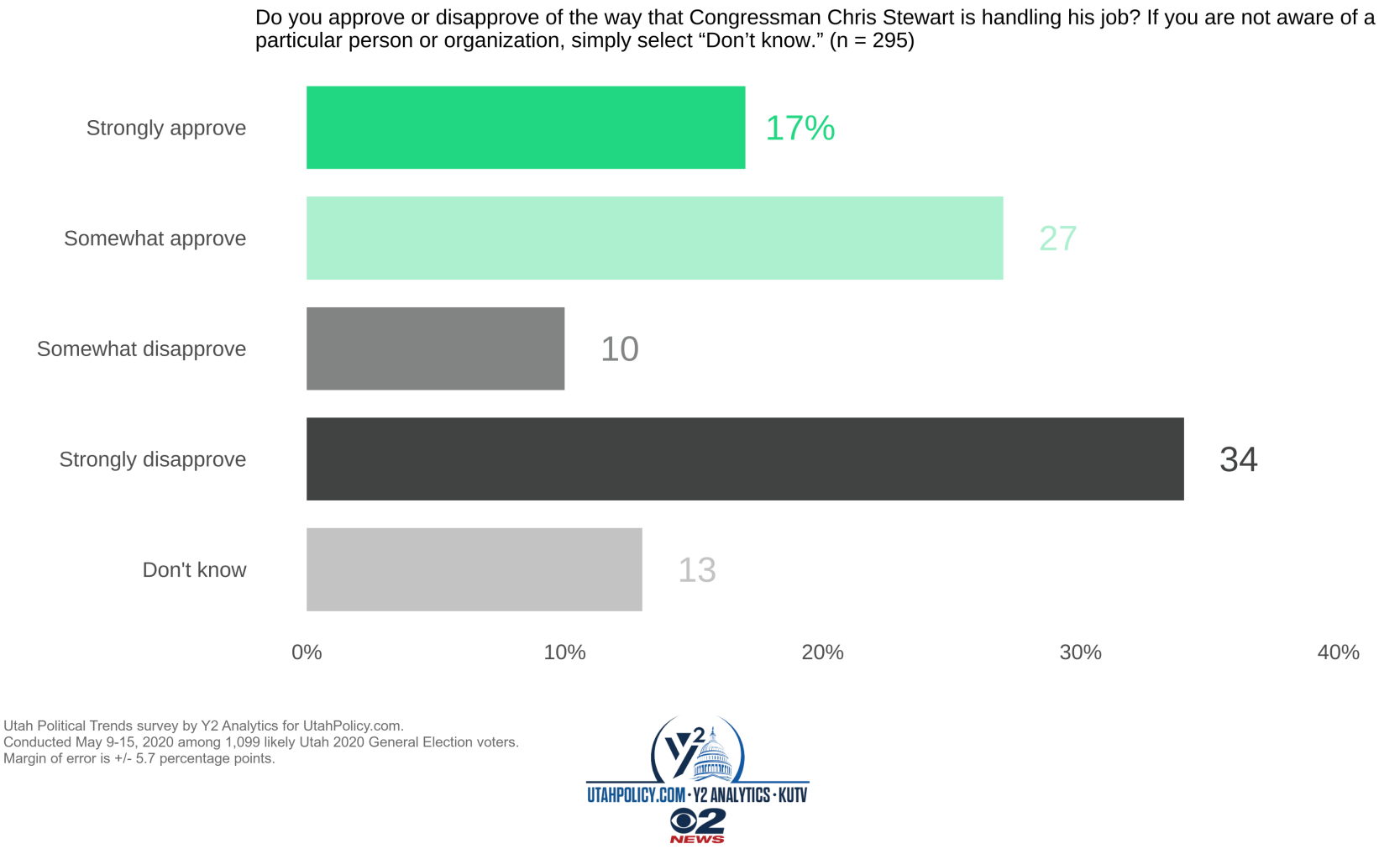 “Normally a politician does not want to be below 50 percent,” said Patterson. “But Representative Stewart occupies a district where a lack of general popularity does not undermine much his chances for re-election.”

The biggest jump in approval ratings belongs to Rep. John Curtis, who saw a 14 percent increase in approval from 40 percent in February to 54 percent now. 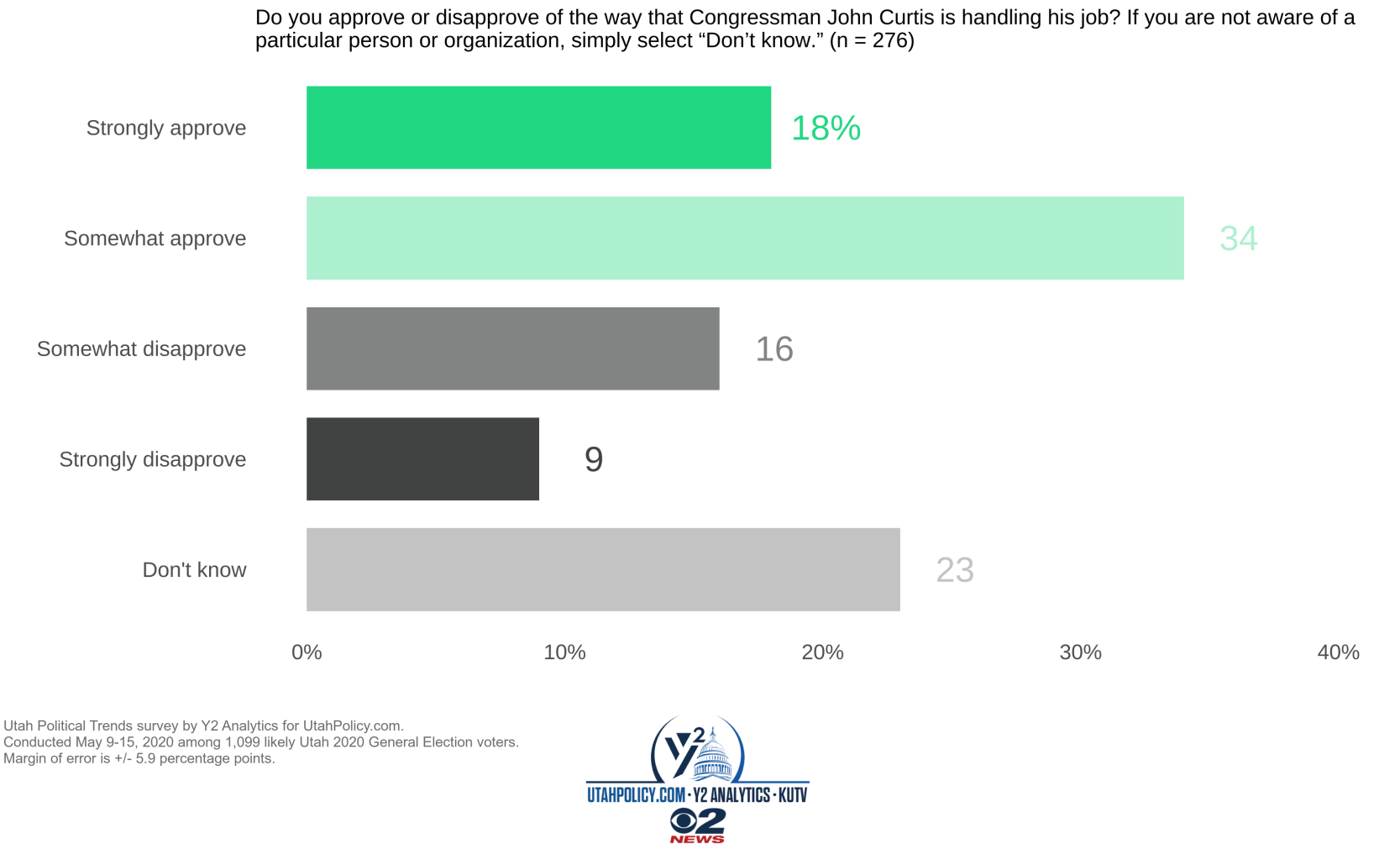 Curtis will face off against Democrat Devin Thorpe in November, but he also sits in a safe district for Republicans, rated as a 25 point GOP advantage by the Cook Political Report. 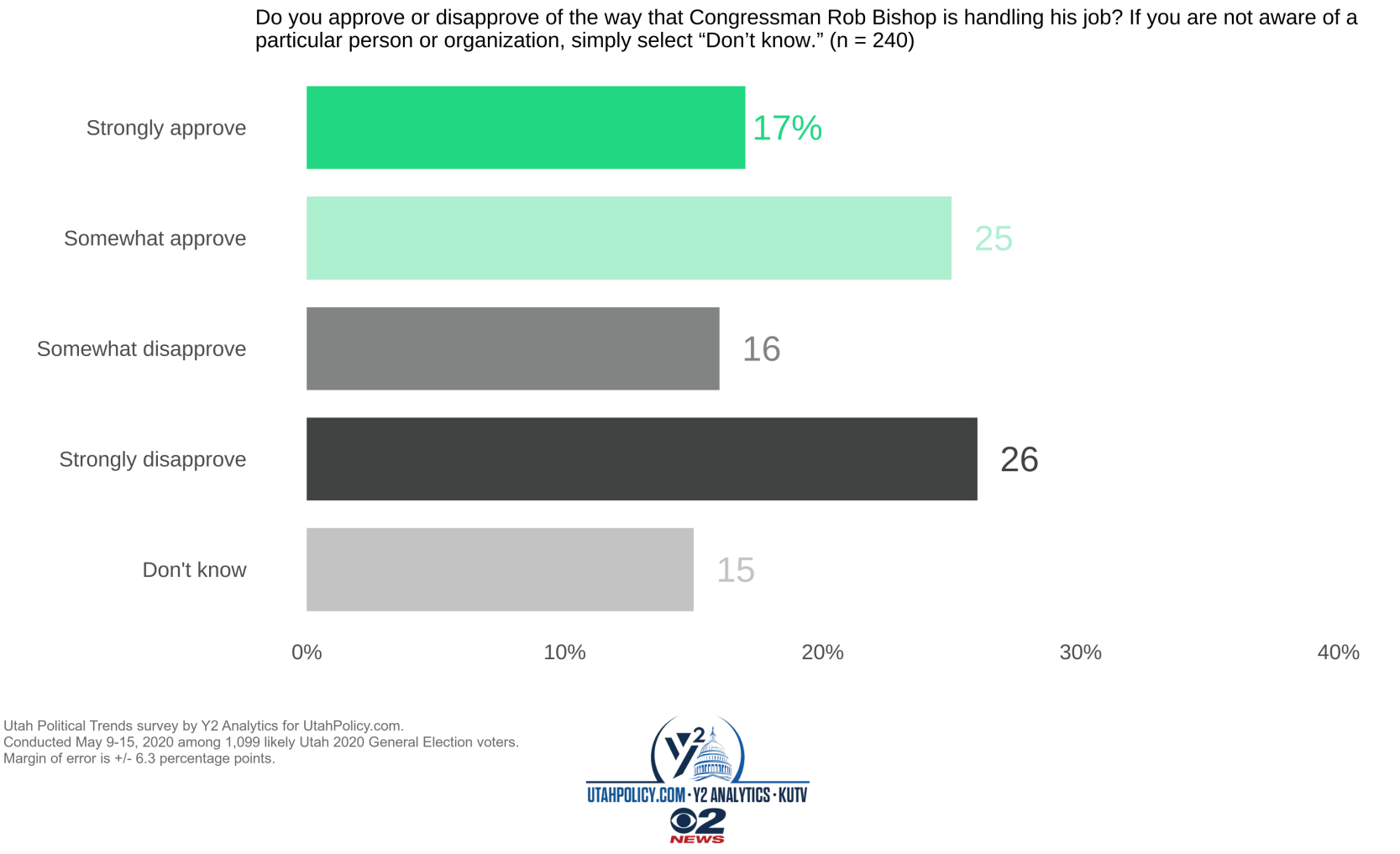 Rep. Rob Bishop is retiring from the 1st District seat after 9 terms in Washington. He is leaving with a flat net approval rating as 42 percent of voters there approve of his job performance and 42 percent say they disapprove. Bishop is running for Lt. Governor as part of Republican Thomas Wright’s gubernatorial ticket.