Analysis: Burgess Owens needs to expand his appeal beyond Trump’s base to beat Ben McAdams in November 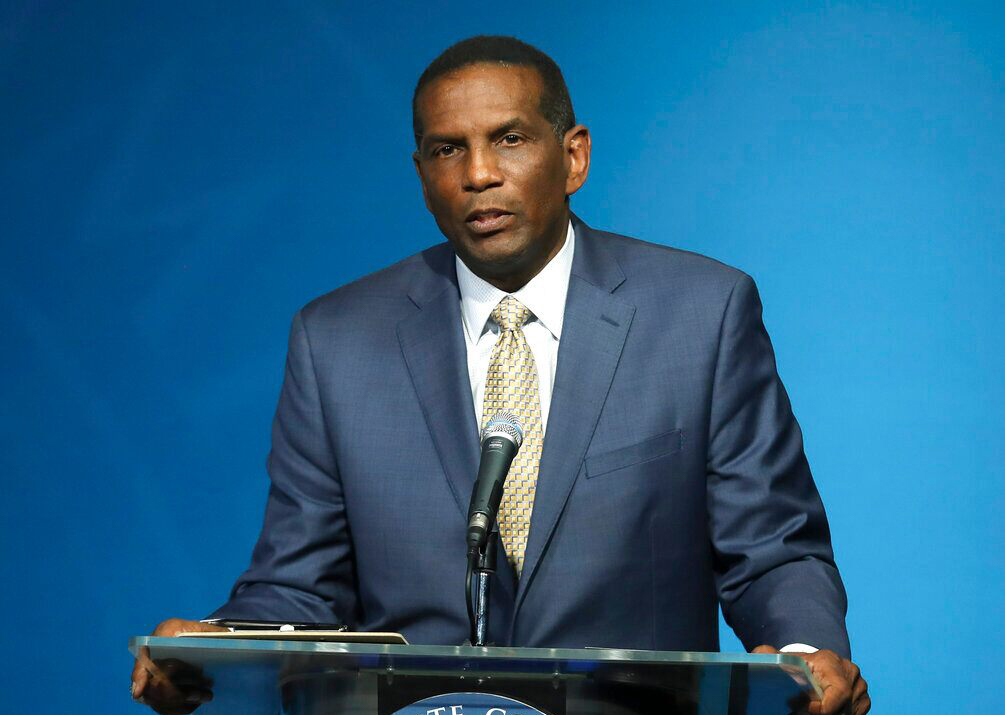 Newly minted GOP nominee Burgess Owens may be a burgeoning star in conservative media, but he might have trouble expanding his appeal beyond Fox News Channel viewers in Utah’s 4th Congressional District.

Owens has gained a measure of notoriety in the wake of the Black Lives Matters protests, attacking BLM and accusing the “left” of fomenting a “race war” to help get Joe Biden elected over Donald Trump in November.

So the far left has orchestrated a race war in an effort to get the last segregationist in politics @JoeBiden elected president. Did I miss anything?

Owens, who played professional football for the New York Jets and Oakland Raiders for 10 seasons, has also been highly critical of the NFL for reversing their stance on Colin Kaepernick’s kneeling protest during the national anthem. He also has criticized the NFL’s decision to play “Lift Every Voice and Sing,” which is also known as the “Black National Anthem,” before games in week one of the upcoming season.

Those hard-right views may be hit and miss for voters in Utah’s 4th District.

“I think his opposing the playing of the Black National Anthem to start NFL games will play well,” said one Utah Republican who is very familiar with the political leaning of the district. “His hard-right position on the national debt is good, too.”

But, that Republican warned Owens could easily alienate voters if he’s not careful, noting that opposition to wearing masks in public because of “constitutional rights” will likely hurt his standing among the more moderate voters in the district. And, he says Owens needs to stay away from calling Democrats “Marxists.”

“No one, except for a few very right-wing crazies, believes Ben McAdams is a Marxist,” they said.

Ultimately, Owens’ embrace of hard-right politics may hurt his electoral prospects in a district that is likely much more moderate than what he may be expecting. UT04 has elected centrist Democrats in two of the last four elections, and Republican Mia Love was hardly a right-wing zealot during her two terms in Congress.

Last week, Owens picked up an endorsement from President Donald Trump on Twitter. Owens has tied himself tightly to the president, embracing the “deplorable” moniker favored by his supporters.

Those ties to the president may not be as politically beneficial to Owens as he may believe. Utah’s 4th District was Trump’s worst in the 2016 election where he only got 39 percent of the vote. UtahPolicy.com polling shows Trump’s job approval in UT04 still sitting at that same 39 percent from 2016, while 56 percent of voters in the district disapprove, which leaves him with a net negative approval of -17. Strong Republicans are solidly behind Trump, with 67 percent of that group strongly approving of Trump’s job performance, but only 30 percent of moderate Republicans feel that way. 61 percent of independent voters in Utah disapprove of how Trump is handling his job in the White House.

Polling also shows Trump trailing presumptive Democratic nominee Joe Biden in the district by 4 points at 46-42 percent. If Biden does hold on to win in UT04, it would be the first time a Democratic nominee carried a Utah congressional district in more than a half-century when LBJ won the state in 1964.

David Wasserman, House Editor for the Cook Political Report says Owens’ could be a major problem for him come November.

“Given the history of what he’s said, it would be extremely challenging for Owens to win,” he said. “There’s no doubt he’s leveraged his platform on Fox News to build his visibility. But, what sells in a Republican primary doesn’t necessarily sell in a general election.”

The Cook Political Report rates the race in UT04 as “lean Democrat.”

Owens’ criticism of the Black Lives Matter protests could backfire on him in the 4th District. UtahPolicy.com polling found 52 percent of voters there believe President Trump has “mostly failed” in improving race relations in the U.S. 57 percent of those same voters say race relations in the country are either “fairly” or “very” bad. That disconnect could keep moderate Republicans and independents from voting for him in November.

However, 51 percent of voters in the 4th District feel things in the U.S. are “out of control” while another 47% feel the general state of the country is a mix of being “under control” and “out of control.” That suggests Owens could attack McAdams as part of the status quo in Washington if he can find a way to separate the unease voters are feeling about the condition of the U.S. from President Trump. Easier said than done.

The 4th District seat is considered one of the most Republican-leaning seats in the nation. Wasserman says that GOP advantage may be a bit overstated since Mitt Romney carried the district by 37 points in 2012, while Trump won the district by fewer than seven points over Hillary Clinton in 2016 (Evan McMullan captured more than 22 percent that year).

McAdams has been in the crosshairs of national Republicans since squeaked past Mia Love in 2018.

Wasserman says McAdams, like Matheson did before him, can win by driving a wedge between Trump Republicans and “Chamber of Commerce” Republicans, who are more moderate than Trump’s base of support. If Owens decides to double down on appealing to Trump’s base, that could spell trouble for him in November.