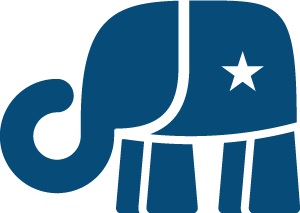 Utah Republican Party Chairman James Evans released the following statement after the State Executive Committee unanimously approved two resolutions: one supporting a Presidential Caucus in 2016 and another supporting SB43 (1st Substitute), which would establish an effective delay of SB54 until the 2018 election cycle:

"Moving up the date of the Presidential Preference Vote is a requirement based on the current RNC rules regarding national delegate participation in the Republican Party's 2016 Presidential Nominating Convention," said Chairman James Evans.

"After passage of the Presidential Caucus resolution, now the Central Committee will vote on the required changes to the State Party bylaws at the March 7th meeting in preparation for the 2016 Presidential Caucus. With this reform, the Party looks forward to hundreds of thousands of voters participating at our caucus meetings to make their voice heard in the presidential preference vote. While the details will be finalized by the State Central Committee, it is our intention that the new system will establish options for Republicans to participate by allowing them to vote in several different ways: online, by absentee ballot, and other methods."

"We have sadly realized that based on SB54's aggressive time lines, it may be impossible to conform to the requirements of the law before the prescribed deadlines. As such, we believe it is wise to delay the implementation of SB54 until the 2018 election cycle. This will allow pending litigation to be fully vetted in the court system prior to the implementation of the law. A recent poll confirmed the wisdom of delay. The poll found that 60 % of registered voters support delaying implementation of SB54 when they are made aware of the fact that political parties may be unable to comply by the 2015 deadline. Delaying implementation of the law until the 2018 election cycle is the most prudent course of action as it allows political parties to adjust to the new changes and removes uncertainty for candidates regarding the ground rules for the 2016 election cycle."