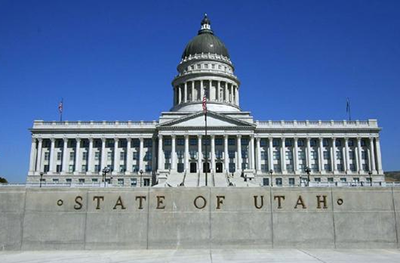 Our “Political Insiders” say candidates who take the signature-gathering route to the ballot should be allowed to run in a special election to replace Rep. Jason Chaffetz if he steps down from his seat early.

Legislative leaders want Gov. Gary Herbert to call a special session so that they can pass legislation to set the rules for such an election if Chaffetz steps down. That would likely lead to only allowing party delegates to select the candidates for the special election as lawmakers argue allowing signature-gathering candidates could leave Chaffetz’s seat empty for months.

Gov. Gary Herbert has said he favors using current election law as the procedure for a special election, which allows for both paths to the ballot. Herbert is the only person who can call the legislature into a special session, or decide what lawmakers can consider. That means the current rules, allowing signature-gathering candidates to get on the primary ballot, will likely be the rules of engagement.

Our “Political Insiders” agree with Herbert mostly, with Republicans, Democrats and our readers saying that candidates who gather the required number of signatures be allowed on the primary ballot.

The most disturbing thing about this issue is that there are individuals who have a vested interest in the outcome of this election (Should I mention names?) trying to go around the Governors wishes to give themselves the advantage in winning the election. I am trying to be a loyal Republican, but the “Party of Lincoln” in this state is looking more like the “Party of Machiavelli.”

This person will be in Congress for decades. Taking a few extra months to get the process right won’t hurt anyone.

For anyone defending SB54 or signature gathering to get on the ballot let me introduce you to Orrin Hatch who will be winning ANOTHER term in the Senate thanks to you.

No brainer if you like open and fair elections.

I’m not so much concerned with the process on this, only that the state and county clerks can piggyback on municipal election timelines (primaries in August, general election in November). Otherwise, the cost would be needlessly high.

I thought Gov. Herbert told the delegates last April he supported the caucus-convention system. I guess that was just another empty campaign promise.

To not apply SB 54 to a special election for the Utah’s 3rd Congressional District (should it arise), would invite a host of lawsuits. Besides, why not let the free market rule and let free and open competition bring out the best candidate?

Gathering signatures is now a legitimate route to getting on the ballot, so both should be options.

What I “favor” is irrelevant here. The Governor won’t call the Legislature into special session unless signature gathering is a pathway to the ballot, nor would the Governor call a special election without allowing that path.

I know that this state dislikes direct primaries, but I’m not sure how much longer they’ll be able to hold it off. In this case, Herbert is correct, and we should join 85% of the rest of the country.

The desire for a comprehensive election process needs to be balanced with a timely process. As a member of the district, the thought that we would not be represented in Washington D.C. where healthcare, the budget, or other major issues could be decided by one or two votes is concerning.

More democracy in elections is better.

We have to end the ridiculous purity tests and iron grip the GOP has had on candidate selection.

The answer to this question also answers the question if Utah is a democracy or a single-party state. I’m almost afraid of the answer.

The only thing that should be different about a special election is the date on which it is held; all other procedures, including delegates and signature gathering, should be the same as it would be in any other election.

One of the best forms of entertainment in Utah is watching Republicans argue about the rules of the game.

Delegates are power hungry zealots who have manipulated their way into a position of power because they get to CONTROL who gets through the system…it’s about money, power, position, power brokers and NOT the WILL of the PEOPLE.

Dual paths. Twenty years ago my answer would have been different, but there is a lot of crazy in the air these days.

All vacancies from US Senate to Utah AG to Utah Legislature to County Council are nominated by party delegates or central committees. Why use the paid signature buy my spot on the ballot? The rich and famous already can compete just fine. Why smash everyone else?

The party who won the seat for the term should pick the candidates. All the other parties should get their chance at the regular general election.

Delegates of the party should choose. And in a short time, we have another full-blown election. Let’s save the taxpayers money.

Only allowing delegates to choose the nominee will ensure another Chaffetz. Let’s allow someone who is more moderate to get on the ticket through the signature route.

The Republican Party hijackers continue to try to force their will on the voters of Utah, but there will be loud cries of election illegitimacy if these insiders seize and control the process and the slate of candidates. This election could well be tied up in the courts if the existing law (which includes signature gathering) is not followed. Utah will look like a third-world thugocracy if that happens. Please don’t let that happen!

The delegate process is much quicker and more efficient–given the compressed time frame, I think this works best. A normal election is only a year away (or so), and the signature process could be used by anyone wanting to run in the normal election.