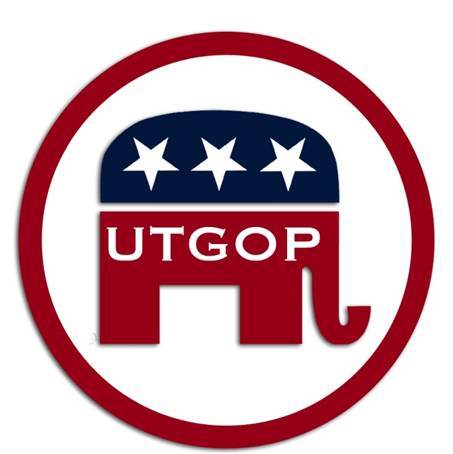 Our “Political Insiders” say Saturday’s race to be the chairman of the Utah GOP is wide open.

Our panel says the race is a dead heat between incumbent chair James Evans, who is hoping for a third term, and Rob Anderson, Chair of the Davis County Republican Party. Phill Wright, the current vice-chair of the party, is picked third by our panel.

Our readers feel the opposite way, with a plurality picking Wright to win, with Anderson second and Evans third.

GOP delegates will gather at the Southtowne Expo Center in Sandy on Saturday to choose a new chair and other party leaders.

As a delegate, the only person I have ruled out is Phil Wright. His jackassery at the convention and grandstanding made us look horrible.

Anderson is level headed and smart. He sees the big picture and will diplomatically navigate the SB 54 morass!

James Evans will win, and the Republican Civil War will continue with no end in sight.

James Evans has the support of the majority of delegates.

James will probably win but he the last person that should be running the GOP!

The only way Anderson will win is the first round. His Count My Vote and SB 54 connections (wife) will haunt him for 2nd round votes. If Phill is eliminated first round, those votes will go to James and same with James votes going to Phill.

Evans has shown a rabid sense of loyalty to the power-broker insiders who oppose SB 54 and generally oppose compromise in any way. However, he’s also led the party into large debts, alienated former donors, and been a harsh voice in the news media. I suspect they’ll pick someone more smooth, who keeps the controversies in the back room, not in front of the media.

Heaven help the state if Phill Wright wins the election.

Are you kidding – Phill Wright and James Evans are two of the three final candidates? Has my party completely deserted me for crazyland?

I think, and hope, that Robert Anderson will win. We all know what a jerk James Evans is and Phill Wright is a bully, who has driven many good Republicans out of the party.

If the Republican Party is to maintain ANY sense of credibility and hope, we better pray Rob Anderson wins.

If GOP delegates want to remain relevant, they will vote for Rob Anderson. He is the only candidate who will actually turn things around rather than running the party further into the ground.

Republicans are now in total control in Utah. Why would they change the party’s leadership?

It is time for some new blood, but James Evans will probably win re-election for lack of a better candidate.

Phill is the strongest advocate of the caucus system by far.

As a moderate Republican, the thought of Evans getting reelected or Wright winning makes me nauseous. Anderson doesn’t see so extreme compared to them.

We need a reasonable and strong chair to lead the party. I think we have been lacking that since Thomas Wright left the position. Glad the State Central Committee doesn’t get to pick the chair.

I’m a delegate and I’m voting for Rob. It’s time for new people to have their chance.

Phill has done the hard work and has the support of the conservative delegates.