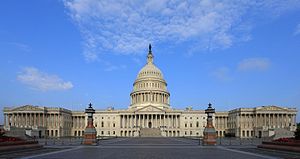 On Tuesday, Senate Republicans begin their effort to repeal Obamacare. Our “Political Insiders” aren’t sure they’ll make much progress.

President Donald Trump promised during the 2016 campaign that the Republican Congress would repeal Obamacare on the first day he was in office and would replace the health care program with “insurance for everybody” that would be much cheaper than Obamacare. We are now more than six months into Trump’s time in office, and the proposal barely passed the House, while the Senate is still fighting over what to do with the Affordable Care Act.

Sen. Mike Lee scuttled the most recent version of the bill, withdrawing his support for the AHCA, or Trumpcare, leaving it short of the necessary votes to pass. Now, Lee is taking heat from conservatives who say his decision “saved Obamacare.”

The Senate will hold a procedural vote Tuesday to begin debate on their health care bill, even though Senators aren’t sure what they’re voting on since none have seen any proposed text for the bill. If 50 Senators vote in favor, the Senate will take up debate on the proposal.

President Donald Trump turned the pressure up on Republican senators on Monday, saying any of them who don’t vote in favor of beginning debate on the bill is “telling America that you are fine with the Obamacare nightmare.”

The Republicans on our panel think Congress will either fail to do anything about the health care law, leaving Obamacare in place, or they will modify the existing law without repealing it.

A slight majority of the Democrats who responded to our survey think Congress will just be able to make changes to the Obamacare law. Another 46% think Republicans will not be able to do anything and leave Obamacare as is.

Our readers also think Congress will either leave Obamacare as-is or modify the existing law.

The GOP has failed to produce. This failure will cost them in 2018.

Nationally, the GOP has once again demonstrated that they simply can’t govern.

Most of those same Republicans who were most vocal during show votes secretly like and want Obamacare. As sad as it is they will make up an excuse why they can not vote for a replacement and when the leadership changes hands they will go back to show voting again.

When will they get it that people actually like having healthcare? The ACA has improved the lives of millions who couldn’t get any kind of insurance before. If it isn’t doing as well as expected, it is because Republicans have everything to sabotage it.

This is a clear demonstration of the failure of Republican leadership–includes Congress and the president. We look like inept fools.

A majority vote on any change is simply impossible. As anybody with an ounce of political intelligence knew 6, 9, and 12 months ago. SAD!

Mike Lee, Rand Paul and a couple of other Senators did what few thought was possible — preserve Obamacare in its entirety.

The GOP lacks the votes to repeal, and the only modifications that could be made would be unacceptable to the Dems and moderate Republicans, so it will remain as it is. The fight will move to the state level.

It’s a freakin’ muddled mess. The messaging has been horrible. How about some bi-partisan collaboration for a change. The American people deserve it!

Further proof (as if any was needed) that the vast majority of Republicans are worthless wonders. We’re stuck with Obamacare AND the gutless elephants.

Republicans can’t govern, nor do they want to.

Congress could let Obamacare die a slow death, but that wouldn’t show the country the leadership it is looking for. Congress will do something so they can tell the public they did something — as promised.

The thing that bothers me the most about the whole healthcare debacle is that Congress is not working together at all. No one seems to be working smart. Why aren’t any of the stakeholders invited to the table? Why aren’t any Democrat Senate members invited as well? Is this payback to the Democrats for the original legislation and how it was passed? This cacophony of selfishness and stupidity makes both houses of congress appear to be paragons of ineptitude.

The ACA is too popular among citizens for the Senate to be able to get enough votes to repeal it; as such it isn’t going anywhere and will stay in place.

Congress will attempt to modify Obamacare but will be unable to agree on how to do so. Obamacare will stay in place.

If they have any brains at all, they will make improvements that help people. You know, everyday citizens of the United States, who they are supposed to represent. I’m not holding my breath.

Sadly, the Republicans cannot do the very thing that they were elected to do.

There’s literally no way this ends without Republicans (Particularly Heller, Collins, Portman, Capito and Makowski) being horribly punished in 2018. They may hold a vote, and perhaps McConnell may actually get his votes, (Heaven knows why he is still going through with it.) but my assumption is this attempt will fail with abject humiliation and Republicans will be forced to abandon this for tax reform or not even begin it this year and be forced directly into the budget.