Winners and losers from the 2018 Legislature 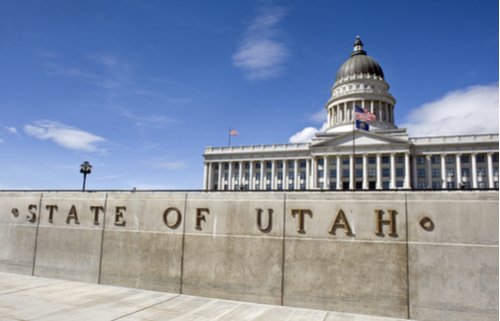 Now that the 2018 Utah Legislature is in the rearview mirror, here’s who UtahPolicy.com sees as winners, and losers from the just finished 45-day session.

Overall, there will be a $20 million tax cut.

Out of a 16.7 billion budget – with around $600 million in new spending – that is not a lot. But it is an election year in all 75 House seats and 15 Senate seats, so running on a small tax cut is better than no tax cut at all.

More than $300 million more will be pumped into schools, much of it going to teacher pay raises and/or hiring more teachers or teacher aides to help deal with a lot of kids on classrooms.

The 16-member, part-time UTA board will be replaced by a three-member, full-time commission, members picked by Gov. Gary Herbert, confirmed by the state Senate.

The new name of the now-unpopular UTA will be changed to Transit District of Utah (TDU).

A bill passed that will take a small percentage of sales tax away from cities, towns and counties that don’t have a homeless shelter, giving that money into a special state fund to help various homeless programs, including housing.

Lawmakers passed an expansion to Medicaid that will, over several years, bring around 90,000 more low-income folks into the federal health program.

Utah will need several waivers from the Trump administration to achieve this, but backers are hopeful.

Backers of the Our Schools Now citizen initiative petition.

They worked out a compromise with legislators, if voters approve a 10-cent-per-gallon November ballot referendum, the gas tax will go up by around $125 million; property taxes will be “frozen” and allow to climb with inflation.

The overall result will be around $500 million more a year, over time, for public schools. And the OSN petition effort will stop.

Check out some of these items lawmakers put funding toward this year:

Those are just a few of the pet projects that were funded this year.

Another Olympic Winter Games in Utah

Not only did lawmakers pass a resolution in support of bidding to host another games, but they also put money behind their words, allocating $8.5 million to fix up our existing facilities.

Our colleagues with the Deseret News, Salt Lake Tribune, KUER, ABC4, Fox 13 and others worked like madmen (and women) to tell Utahns what their lawmakers were doing. You provide a valuable service. We enjoyed working spending another 45 days with you. But, there are fewer and fewer of us every year, which is alarming.

Lawmakers failed to pass a bill aimed at keeping Republican Party candidates on primary and general election ballots this year, even though a minority of the state GOP’s Central Committee passed a bylaw that violates the state’s Qualified Political Party requirements – possibly putting GOP candidate’s elections at risk. Now, it’s up to the courts to see what happens to Republicans on the ballot this year.

Those who drink alcohol and drive

The new .05 alcohol blood level bill passed several years ago, will become law over the objections of tourism and restaurant advocates.

Utah will have the lowest DUI levels in the nation.

Even though GOP Gov. Gary Herbert said he would be open to signing a death penalty ban bill, House members killed the measure. Utah will continue having the death penalty in aggravated murder cases.

Rep. Mike Noel, R-Kanab, got national attention when he proposed that a series of scenic highways winding through southern Utah be named after the GOP president.

After threats to himself and his family, Noel pulled the Trump naming bill.

A “red flag” bill aimed at keeping guns away from emotionally-ill people failed.

Gun control in any form didn’t pass the Legislature this year.

A sweeping bill to establish oversight of the development of an inland port in Salt Lake City’s northwest quadrant leaves the state’s biggest city out in the cold. The legislation essentially locks Salt Lake City out of the decision making process for the area.

The final version of the bill was unveiled and passed quickly before Salt Lake City officials knew what was happening.

Salt Lake City Mayor Jackie Biskupski thought she was negotiating in good faith. In the end, she got rolled.

Not only did Salt Lake City get squeezed when it came to the inland port bill, but legislative Democrats, who represent the affected area, were completely shafted by their GOP counterparts who didn’t consult them about the final legislation.

A controversial bill to prohibit abortions when the sole reason is the child would be born with Down syndrome quietly died on the last day of the session. Legislative lawyers warned lawmakers that the bill was probably unconstitutional, and opponents said the state would be buying an expensive lawsuit if it passed.

Ho hum. Another year, another attempt to repeal Utah’s hybrid system of nominating candidates. This time, Rep. Dan McCay and Rep. Justin Fawson tried a bill to repeal SB54 if the Count My Vote ballot initiative is rejected by voters in November OR fails to get enough signatures to make the ballot.

The House passed the repeal measure, but the Senate sat on it until the end of the session.

Lawmakers passed a bill restricting the use of “non-compete” clauses in employee contracts.

The debate included a “secret” tape of a meeting between LDS Church media bosses lobbying a roomful of legislators, asking them not to approve the seeking of “mammon” by supposedly greedy employees who just wish to work in the local broadcast market.

This will be a big issue that lawmakers won’t be able to put off much longer as demand for housing continues to outstrip supply.

So much for the much-ballyhooed agency that was supposed to bring in research dollars to universities in Utah, and spin out private technology companies to boost the economy.

After spending a quarter of a billion dollars on the program, lawmakers decided that they weren’t getting the ROI they wanted, so they’re “unwinding” the program.

As everybody knows, the Utah House produced a rap “music” video and it was…not good. They were roundly mocked in every corner.

We won’t pile on too much, but it must be pointed out that Speaker Greg Hughes styles himself as a bit of a hip-hop aficionado (he once sported a cell phone case featuring a picture of The Notorious B.I.G.). He should have known better.

Poor Philo. The Legislature is bringing him back to Utah, removing his statue from the U.S. Capitol in favor of Martha Hughes Cannon. Don’t feel too bad for him, though. Lawmakers allocated $100,000 for a Philo Farnsworth museum.

Former Rep. Jon Stanard, R-St. George, who resigned early in the session because of a public scandal over his alleged relationship with a prostitute.

Rep. Norm Thurston, R-Provo, who lost his committee vice chairmanship over a still-unclear-violation of the House’s non-harassment policies.