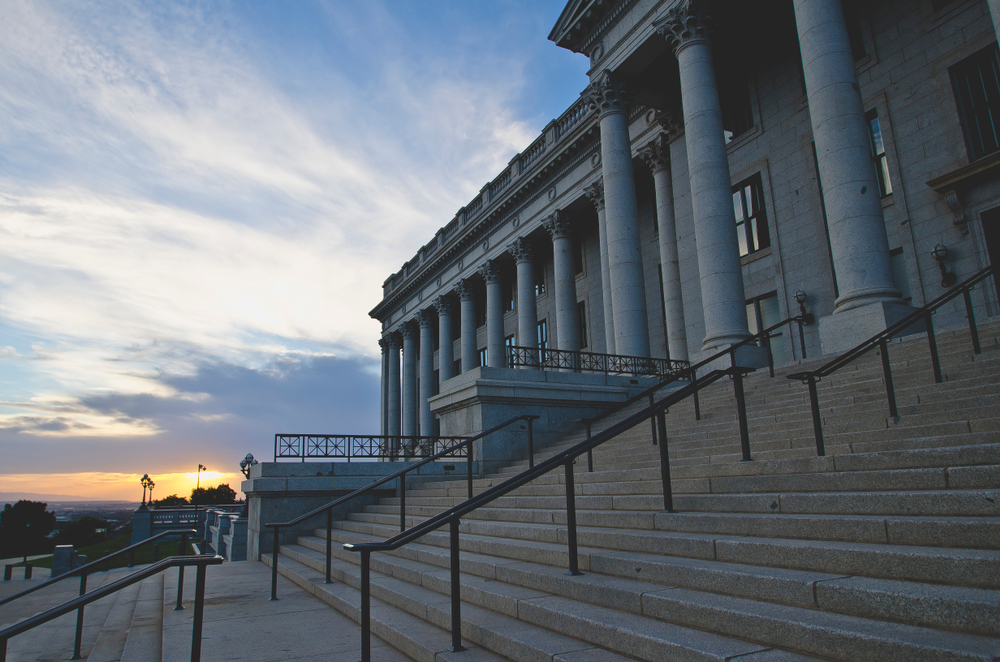 It’s been clear for some time that with three citizen initiatives making the 2018 ballot, and with Count My Vote being knocked off the ballot by a well-organized opposition group, some bills dealing with Utah’s citizen initiative process would be filed in the 2019 Legislature, now less than two weeks away.

One of the first ones has been made public, Rep. Norm Thurston’s HB145 – a long (945 lines) and complicated measure whose consequences may be difficult to anticipate completely, says even the sponsor.

The goal, Thurston tells UtahPolicy.com, is to limit – he believes you can’t stop – the “gamesmanship” that both sides, proponents and opponents, of controversial initiatives used in 2018.

“If we don’t do something” to try to level the playing field, “it will just get worse” in years ahead, believes Thurston.

He adds he’s not trying to help either side win or lose in getting a petition on the ballot.

Rather, he wants to help voters understand what is going on in the whole initiative process, and make it all more transparent – or open to the public.

The names must be up for 45 days, which at first one may claim is good for opponents, who will likely have more time to contact the signees asking that they take their names off – as the Keep My Vote group did in some rural Senate districts.

That, of course, is how KMV kept Count My Vote off the ballot. CMV aimed at enshrining into state law SB54, the controversial dual pathway candidate law much hated by the far-right of the Utah Republican Party, which has sued over the law all the way to the U.S. Supreme Court.

Opponents of CMV were able to get enough CMV signees in outlying, rural Senate districts to take their names off of the petition to kill it – voters never got a chance to vote on the proposed law even though polls showed upwards of 60 percent of Utahns favored it.

Taylor Morgan, executive director of Count My Vote, tells UtahPolicy.com that he’s spoken to Thurston, and at this point CMV is pleased with one aspect of HB145: It takes out of law the 30 days that initiative opponents have to get signers to remove their names from a petition – without proponents knowing who may have changed their minds.

As Morgan understands HB145, the 14-day requirement to make public an opponent’s removal of a name is fairer.

“We look forward to working with Rep. Thurston” on other parts of the bill,” Morgan added.

Three propositions did make the 2018 ballot – medical marijuana, Medicaid expansion, and an independent redistricting commission – and all were passed by voters.

Thus the concern by some legislators – mainly Republicans – that well-organized, well-funded groups can bypass the Legislature and make law under the petition process.

It says when a voter signs a petition, that name must be turned into a county clerk for verification within 14 days.

The clerk must verify it quickly, and then put the name up on their website for 45 days.

Opponents of the petition have 45 days to convince the person to take their name off of the petition, but when they do get that signature, it, too, must be up on the website within 14 days.

The later gives petition supporters some time to see who has taken their name off a petition, and perhaps get back into the field and find others in the Senate district who may agree to sign.

Thurston says either way – the signee or the removal signature – should take place relatively quickly, so both the petition sponsors and opponents know where they stand in their signature collecting.

“Gamesmanship” is now being played by both sides, he says, by withholding their signature packets until filing deadlines – thus making more work for county clerks and keeping voters in the dark, not a good thing.

However, advocates of the petition process – guaranteed under the Utah Constitution – say HB145 could give an advantage to those who want to take signatures off of petitions – and thus kill them before voters get a say at the ballot box.

In any case, by putting the names of petition signees up on the internet for 45 days (the names are now public, but you have to go to the clerk’s office to look at them), could add a new element to the whole process: Your noisy neighbor getting in your face for signing a controversial petition, for example.

Voters need to understand that signing a petition is a public process, and should be, said Thurston.

And it is an important matter, as petition-signing can lead to citizens making their own laws, and if that is available to them, they need to take that responsibility seriously – as the Legislature does.

Morgan said Count My Vote will be strongly defending SB54 during the upcoming session – where there is already a move to repeal it.