The quietly reported TC-23 report was issued by the Utah State Tax Commission recently. The report shows some massive revenue numbers. It has income tax revenue up 58.7%, state sales tax revenue up 14.9%, and corporate tax up 94.4%.

Comparing these actual figures against what was expected at the end of the legislative session makes for a truly astonishing surplus. If we use just the year-over-year growth rates against the estimated target, summing sales tax, income tax, and corporate income tax equates to almost a $1 billion surplus. Surely the income tax number will come down slightly in the final month but won’t change the view of an extraordinarily large surplus.

The spin out of the Fiscal Analyst’s Office and Governor’s Office of Planning and Budget was, unsurprisingly, to downplay the revenue picture and instead focus on the never-ending debate about inflation and federal spending.

(Why they chose to wade into this old debate is unbeknownst to us – they surely know that inflation directly generates sales tax revenue and indirectly income tax revenue, so long as it does not turn into hyperinflation. We’d be surprised if they actually are wading into the hyperinflation debate as a real forecast concern.) 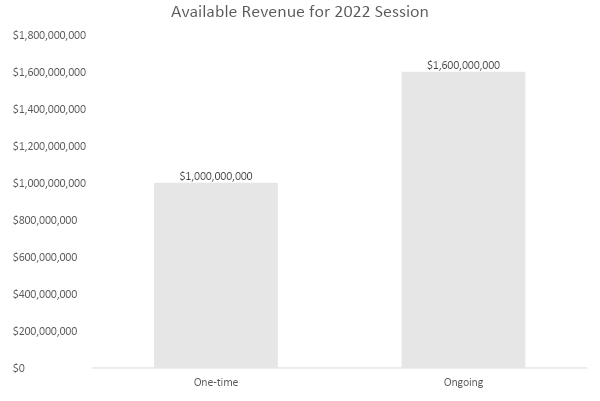 What will Governor Cox and legislative leadership want to do? Will this be seen as an opportunity to spend massive amounts of one-time money to “build institutions”. Will legislative leadership offer a reasonably sized tax cut of perhaps $300-$400 million or go on the cheap for taxpayers? Roads, buildings, and other structures will certainly get tons of money. We’re anxiously waiting for some signals on which concerns matter most.

Chamber of Commerce policy summit: Can we keep Utah from becoming California?

New UTA executive director will be far from home, but excited to be in Utah

Guest Opinion: The important role of tech in national security and economic growth

Chamber of Commerce policy summit: Can we keep Utah from becoming California?

Guest Opinion: The important role of tech in national security and economic growth

New UTA executive director will be far from home, but excited to be in Utah

Whiskey with a side of wildlife