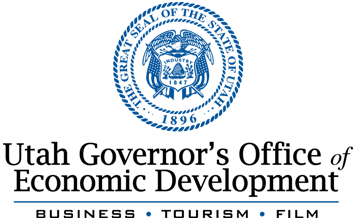 CHG Healthcare Services and the Governor’s Office of Economic Development announced today that CHG will expand their operations in Utah.

The company will build a new headquarters in the Salt Lake area, adding up to 500 jobs to the community and producing an expected capital investment of $9.2 million.

“CHG has been a staple to the community for many years,” said Val Hale, executive director of GOED. “We are thrilled that they see the value in expanding their headquarters location. Our highly-skilled workforce and business-friendly environment will readily support the company’s future growth and success.”

CHG Healthcare Services began in Salt Lake City in 1979 when the company introduced the idea of locum tenens, or temporary physicians, as a solution for rural communities. Over the last 36 years, the company has become the largest provider of locum tenens staffing and has broadened its services to include both temporary and permanent placement of physicians, nurses and other healthcare professionals. Greater access to healthcare, an aging population and other factors are increasing demand for qualified physicians and healthcare providers. From its seven office locations, CHG provides temporary and permanent healthcare staffing services to hospitals, medical groups and medical facilities in all 50 states.

“Utah has always been a great state for our business. Over the years, we have worked with great civic and business leaders and have had the privilege to employ some of the area’s best people,” said Michael Weinholtz, chairman of CHG. “We’re excited about our expansion and the opportunity to continue to create jobs and give back to the community.”

CHG Healthcare Services has indicated that their expansion will create up to 500 jobs over the next 10 years. The total wages, including medical benefits, in aggregate are expected to exceed 125 percent of the Salt Lake County average wage. The projected new state wages over the life of the agreement are expected to be approximately $219,032,817. Projected new state tax revenues, as a result of corporate, payroll and sales taxes, are estimated to be $8,533,834 over 10 years.

“CHG is a great win for Utah,” said Jeff Edwards, president and CEO of the Economic Development Corporation of Utah. “As one of the largest providers of healthcare staffing in the country, CHG will be a major player in the state’s healthcare business and help us attract other valuable companies in the industry.”

As part of a contract with CHG Healthcare Services, the GOED Board of Directors has approved up to a maximum credit of $1,706,767 in the form of a post-performance Economic Development Tax Increment Finance (EDTIF) incentive, which is 20 percent of the new state taxes CHG Healthcare Services will pay over the 10-year life of the agreement. Each year as CHG meets the criteria in its contract with the state, it will earn a portion of the total tax credit incentive.